We now look ahead to the FIFA 16 TOTW 37 predictions, with EA set to release another batch of new cards on Wednesday May 25. This week will be different somewhat as all of the major European leagues have now finished leaving EA with a tricky choice on who to include.

There’s also the potential likelihood of EA giving in-form cards to some players based on International performances, such as England’s Danny Rose for example who features in the TOTW 37 predictions from FUTHead below.

You can see the rest of the lineup includes some uncommon names, but then again it could be ideal for those who are specifically looking for silver cards to build out silver squads ready for any potential tournaments that require them. 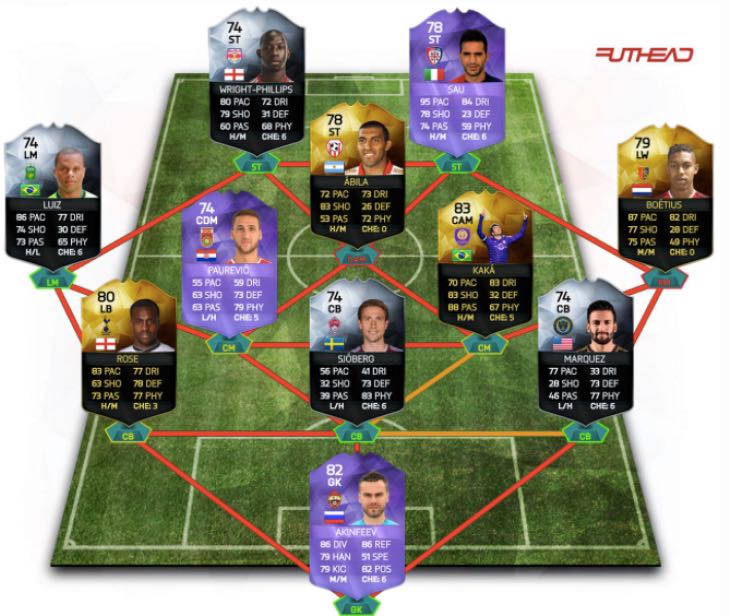 As a result, Bradley-Wright Phillips is included in the list this week, as is a nice card for forgotten legend Kaka who could move up to an 83 rated card.

Take a look at the full list and come back at 3PM UK time on Wednesday when we’ll update this with the official lineup from EA.

What would be your own predictions for TOTW 37?