EA has just confirmed the official TOTW 33 lineup for FIFA 16 Ultimate Team, confirming that Eden Hazard and Gareth Bale are going to be getting brand new inform cards that will be on the transfer market soon.

Without without further ado, here is this week’s lineup which has just been revealed:

It’s another fantastic week and don’t forget these cards will also be mixed in with the TOTS cards as of Friday making it extra exciting – plus a MOTM Joe Hart card as another bonus. 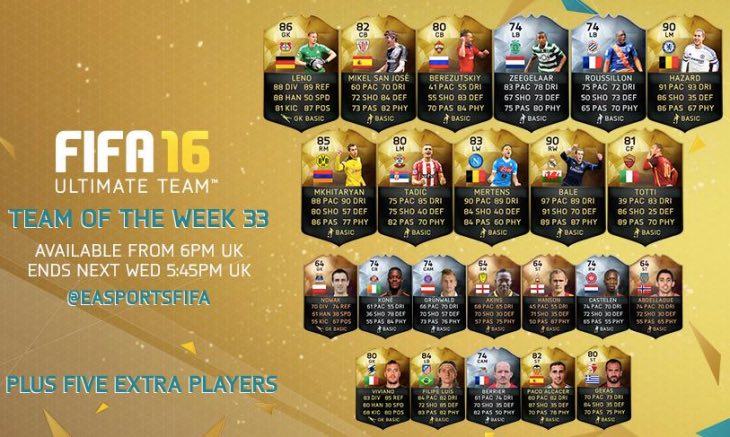 As a further reminder, the TOTW 33 cards will be live in packs at 6PM UK time on Wednesday April 27 so that’s when the action will begin.

What is your reaction to this week’s TOTW, any players which you feel should have been included by EA, but missed out?