We have a reminder of when TOTW 31 is out for FIFA 16 today, plus also the rare possibility of getting a special MOTM Ronaldo or MOTM De Bruyne card in FIFA 16 Ultimate Team packs as well. Update: TOTW 31 lineup is confirmed below the article!

If you haven’t heard, EA has selected both players for their performances in the Champions League last night, with Ronaldo scoring a hattrick to send Madrid through and De Bruyne scoring the winner against PSG.

That means both players are now currently live in packs for 24 hours. TOTW 31 is also coming today and you can get a look at the predictions below courtesy of FUTHead. 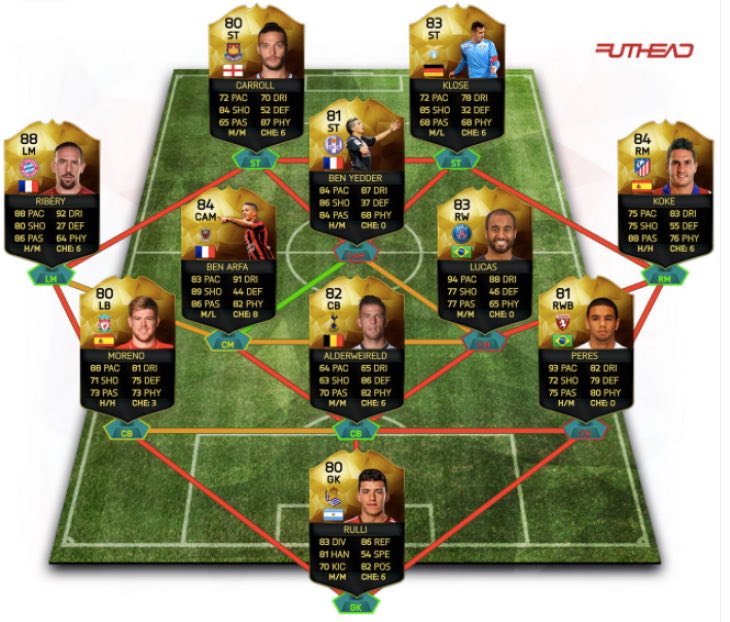 EA will reveal the lineup at 3PM UK time on April 13, with the TOTW 31 players going live in packs at 6PM UK time. That means from 6PM UK time you have the chance to get TOTW 31 players and both MOTM cards so it really is a good time to open FIFA 16 gold packs or any packs you have been saving from FUT Draft.

We know a lot of you may be waiting for the start of FIFA 16 TOTS, but with these two MOTM cards now being available, are you tempted to have a pack opening party?

Let us know your thoughts on the predictions and if you get lucky with any of the new players!

Update: The TOTW 31 lineup is confirmed, check it out below! Which players will you buy?