We have just hours to go until EA press the button on FIFA 16 Team of the Week 3. It is always available on Wednesday evenings and now we have a teaser from EA to say that this week’s selection will have a surprise in store for players.

Community Manager Chu Morah has revealed that in the lineup this week, there will be the first ‘non-TOTW’ in-form card available inside packs.

Without saying what it is, many fans have taken this as confirmation that we will finally get the ‘Record Breaker’ Lewandowski card that should have been in last week’s TOTW.

However there’s also speculation that it may be a Record Breaker Casillas card, as the keeper became the all-time appearance holder in the Champions League – overtaking the likes of Xavi and Ryan Giggs in the process. 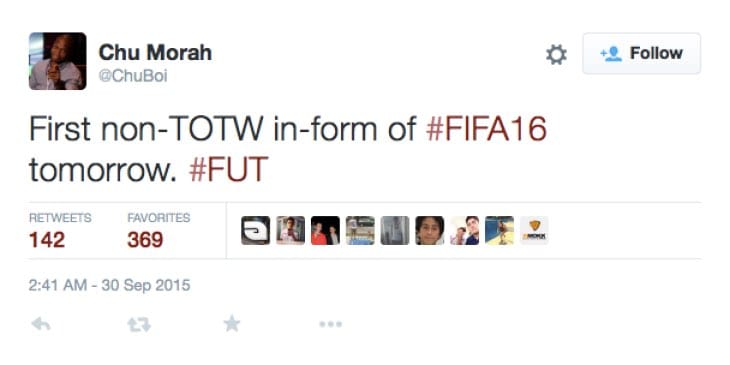 If it is not either of these two players, then what could the tease possibly imply? We are odds on to get Lewandowski in our opinion and we can only drool over what kind of amount one of these cards will sell for should you be lucky to get one inside packs.

Who is going to be the first to get Record Breaker Lewandowski in a pack? Let us know your thoughts on the tease above and who you think Chu Morah is talking about – check out the mock-up image below, it looks good right?

What is your prediction for the amount of coins a Record Breaker Lewandowski will sell for on the FUT 16 transfer market? For those asking what time does TOTW 3 go live in the UK – expect it from 6PM onwards.

Update: Team of the Week 3 lineup is now live and there’s some amazing cards. Sanchez, Sturridge, RB Lewandowski all included – In form Lamela and Ben Arfa isn’t bad either. Let us know your thoughts on the selections below! 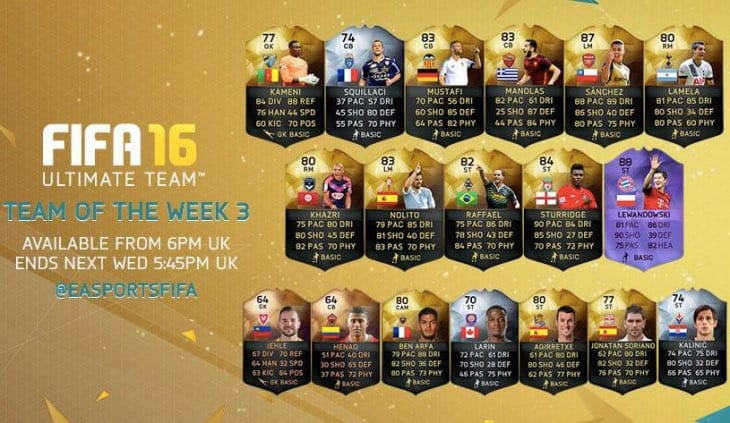