We are closing in on the next TOTW event for FIFA 16. As usual, EA will release new cards for the game on Wednesday, but before that there’s the little matter of TOTW 28 predictions to discuss before that. Update: TOTW 28 team is now confirmed below!

We have the predictions to show you now, with FUTHead offering their selection which usually tends to be 90% correct, when it comes to determining which players EA will pick based on performances in Europe throughout the last week.

Some of the main highlights include yet another in-form card for Higuain and Tottenham FC hitman Harry Kane after another goal-scoring weekend. 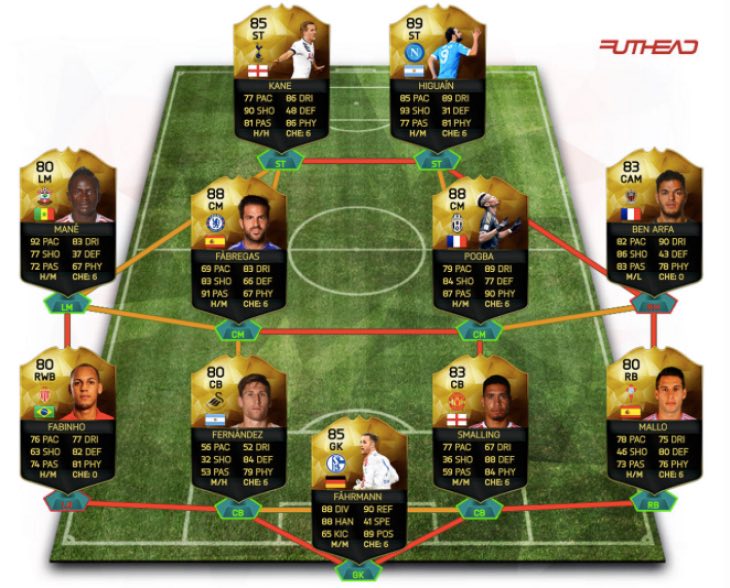 Elsewhere, there could be a record breaker Buffon card and also another card for Juventus teammate Paul Pogba.

Manchester United fans will be happy if Chris Smalling gets another in-form card, while Chelsea’s Cesc Fabregas could get one as well.

What are your thoughts on the picks this week, any players to add to the list?

Update: EA has now released the team for this week and there’s some amazing cards on offer – including Record Breaker Buffon! TOTW 28 packs go live at 6PM UK time today, let us know what you get.