We are hours away from the release of a new FIFA 16 TOTW 23 team for Ultimate Team. This week could be the best that we have seen since launch, if the TOTW 23 predictions are to be believed. Update: TOTW 23 team lineup is now confirmed below!

That is because we are set to get a TOTW which includes the likes of Lionel Messi, Luis Suarez, Philippe Coutinho and Robert Lewandowski.

Obviously we can’t say for sure if all will make it, but if they do you have some fantastic players to go for whilst the FUT United packs are live in the game. 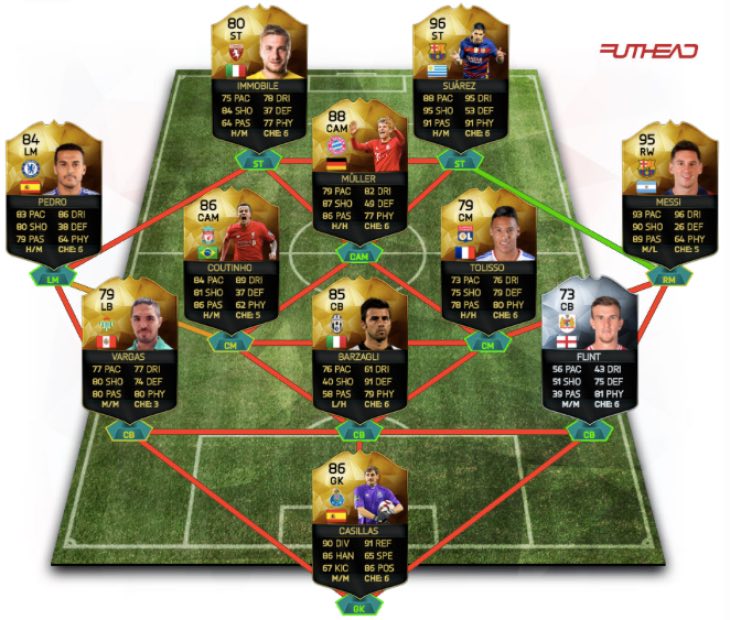 You can check out the rest of the FIFA 16 TOTW 23 predictions from FUTHead above. As always, players will be live in packs at 6PM UK time and the lineup will be revealed at 3PM UK time on Wednesday February 17.

Head back here at the times above and we’ll show you what players are in TOTW 23 this week. We don’t want to think about the price costs for yet another Messi and Suarez card though.

Give us your last minute predictions below.

Update: We have the confirmed Team of the Week 23 lineup for you below. As expected, new in-form cards for Suarez and Coutinho!