We have some FIFA 16 TOTW 19 predictions for you once again, with EA getting ready to give players another batch of in-form players after the TOTY hype comes to an end.

This week, it looks like the star contenders are Luis Suarez and Sergio Aguero. Suarez has been in amazing form all season and has already racked up three in-form cards and one MOTM card.

Now it looks like he is going to get a 4th in-form card which could be the first player to achieve the feat this season, bringing him to a staggering 95 rating. 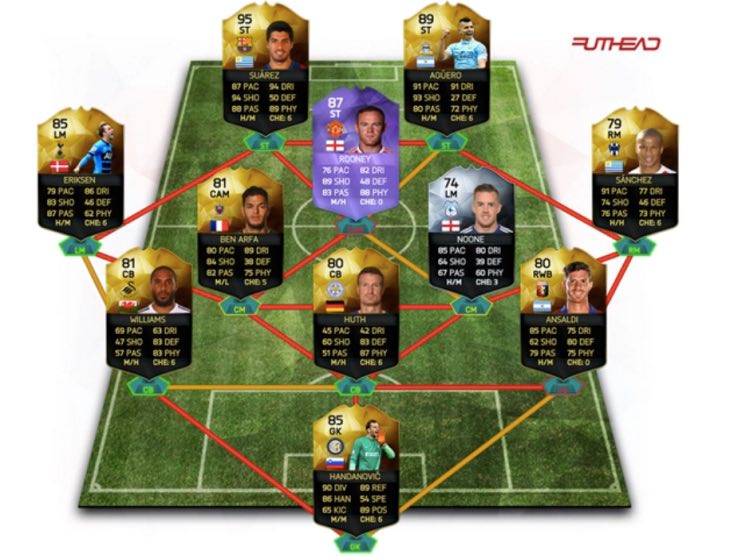 You can see how that looks in the image above, thanks to the FIFA 16 TOTW 19 predictions from FUTHead. Also featured is an in-form card for Aguero which would be amazing, although perhaps there’s some argument for Liverpool’s Firmino to be included too after a standout performance against Arsenal recently.

Elsewhere there’s another in-form card for Eriksen, goalkeeper Ruffier and first-in form for Wayne Rooney which should make a lot of you happy.

Let us know what you think of this week’s predictions and come back tomorrow for the build-up to release on Wednesday.

Has anyone packed a Suarez from a FUT Draft pack offline?