All of the attention may be on the FIFA 16 TOTY Midfielders release time today, but don’t forget it is also time for FIFA 16 TOTY 18 which releases on the same day. Update: Image below shows confirmed Team of the Week 18 players for FIFA 16.

In actual fact, both sets of cards should go live at the same time. We have already told you that the TOTY Midfielders should be out at 6PM UK time on Wednesday January 11 2016, but this will also be when TOTW 18 players go live in packs as well.

Remember that the preview should be offered at 3PM UK time, so come back then and we’ll update this with the official TOTW 18 lineup. 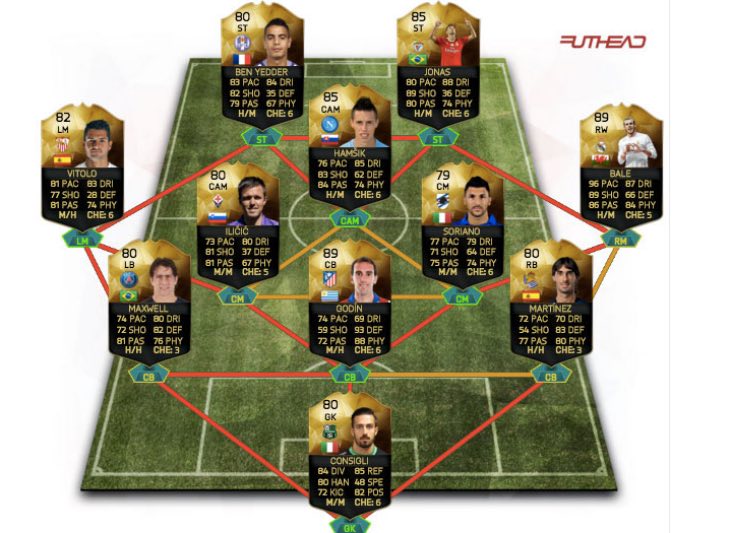 Without further ado, feast your eyes on the FIFA 16 TOTW 18 predictions above from Futhead. Gareth Bale is a certainty to get another in-form card to 89 after scoring a hatrick recently.

Benzema may also be in line to get his third in-form after scoring another two goals, but EA may decide to give it to Jonas instead to continues to light up the Portuguese league for Benfica.

Elsewhere, there’s more in-form cards potentially for Hamsik and Godin, while a first inform for Maxwell would be very nice for those with PSG squads.

What are your thoughts on the FIFA 16 Team of the Week 18 – would you change any of the positions above? Come back later for the full lineup.

Update: TOTW 18 lineup is confirmed, look at that lovely new Gareth Bale card! Let us know which one you are going for.