We are almost ready for the next Team of the Week for FIFA 16, with this week serving extra significance due to Christmas and the ongoing rollout of special FFIFA 16 FUTMAS packs.

EA has been offering a different gift each day, with promo packs in the store for you to buy and hopefully get a rare player inside.

Later on Wednesday, you’ll be able to open FUTMAS packs with players from TOTW 15 inside and one certainty to be included is Real Madrid star Gareth Bale. 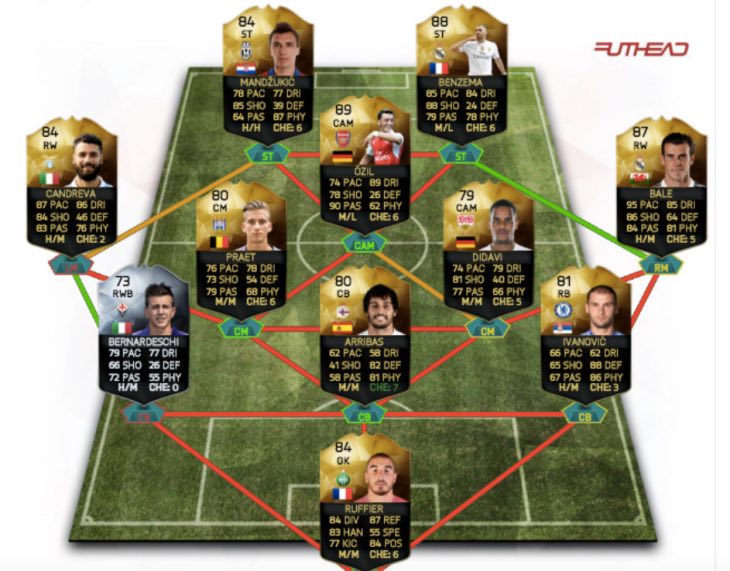 He was the star performer by scoring four goals in his last game, making it an easy choice for this week’s FIFA 16 TOTW 15 predictions. Elsewhere, there’s another inform for Karim Benzema, assist machine Mesut Ozil and a nice card for Candreva.

You can head over to the full predictions at FUTHead here as usual, as there’s also a prediction for a second in-form card for Jonas – especially one of the best cheap strikers to buy on FIFA 16.

Remember that TOTW 15 is out at 6PM UK time on Wednesday December 23, but the lineup will be revealed at 3PM UK time. Head back here later and we will reveal the official team once we have it.

Update: The team of the week 15 for FIFA 16 Ultimate Team is now confirmed. Great new cards for Bale, Benzema, Jonas and Ozil as predicted. Give us your reaction below.