We are closing in on another Team of the Week lineup for FIFA 16 and this week we have some interesting players to showcase, in relation to the FIFA 16 TOTW 13 predictions. Update: Lineup now confirmed below.

One player which is a certainty to be chosen is Leicester City’s Mahrez who scored a hatrick in his last game, taking the spotlight away from partner in crime Jamie Vardy.

Another player who is likely to get an in-form card is Karim Benzema, who scored two goals in Real Madrid’s weekend game against Getafe – if he is selected he will get a nice boost up to a 87 rated card. 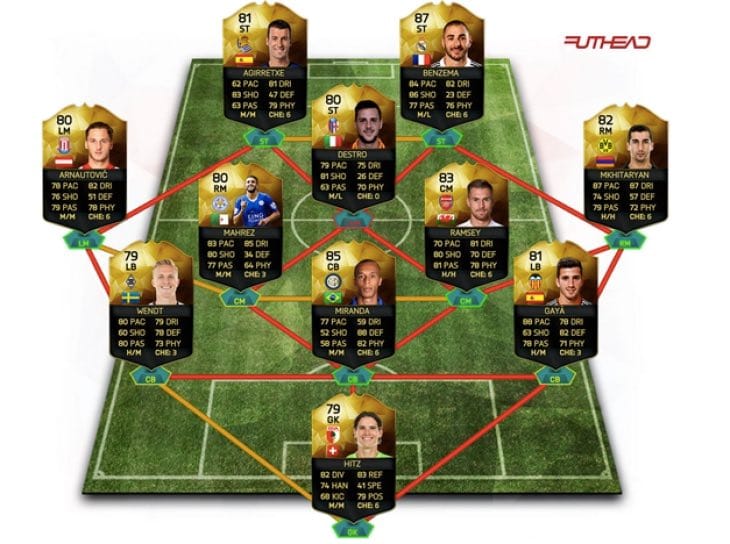 As always, for those wondering when TOTW 13 is out in the UK it should be 6PM UK time. EA will give a preview of the lineup at 3PM UK time, so head back here for the official lineup.

For now, you can check out the FIFA 16 Team of the Week 13 predictions above courtesy of FUTHead and let us know what you think of the picks this week.

Once the official team is available we will update this for you. What are the odds on getting Benzema out of a FUT Draft pack in your opinion?

Update: The lineup has been confirmed as you can see from the image below. Karim Benzema has a nice new card and there’s also an 89 in-form card for Thiago Silva as well.