As we countdown to the launch of FIFA 16, EA is keeping players busy with other ways to prepare for September 22. With the FIFA 16 Web App now live, it means that players can open their first FIFA 16 packs and with it – the chance to get the very first FIFA 16 TOTW 1 cards too.

TOTW Week One for FIFA 16 is going to start in the best way too, with a likely 94-rated Cristiano Ronaldo in-form card.

If you haven’t heard, the player has managed to score eight goals in just two games and EA are certain to include him as the star attraction to kick off TOTW in style. 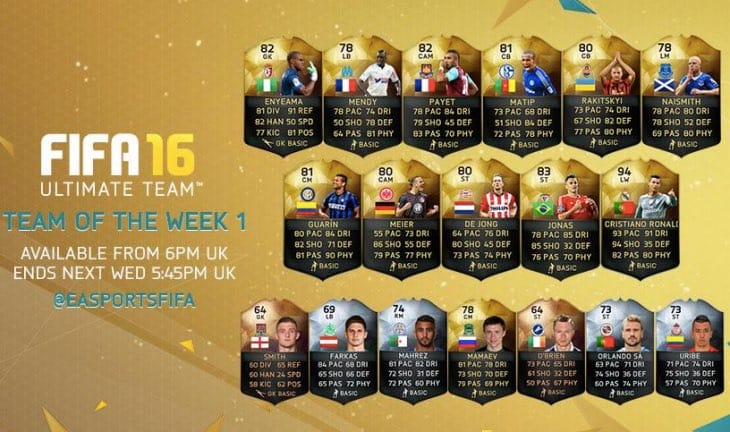 In the meantime, you can check out the rest of the FIFA 16 TOTW 1 predictions above. They include notable players such as Guarin and Daley Blind.

Imagine if some of you manage to get a 94 Ronaldo though BEFORE FIFA 16 has even launched – that is going to be the stuff of dreams in all honesty.

For those asking what time does FIFA 16 TOTW 1 go live – the answer is 2PM UK time. Once the official list is live, we will update this for you immediately with the real selection.

Let us know how you get on opening those packs on the Web App, especially if you manage to pull out a Ronaldo.