We just wanted to clear up some of the condusion that we see on social media right now, with many users believing that TOTS has been leaked already for FIFA 16 Ultimate Team.

TOTS has not been leaked yet. The reason why people think it may have is due to Blue cards appearing on places such as FUTHead and FUTWiz. The reason for this is EA has already confirmed the TOTS MC gold, silver and bronze squads.

These are the ‘most consistent’ players, which have never had an in-form but have performed well all season. FIFA 16 players have been voting for these on the official EA forums and now EA has made their final lineups. 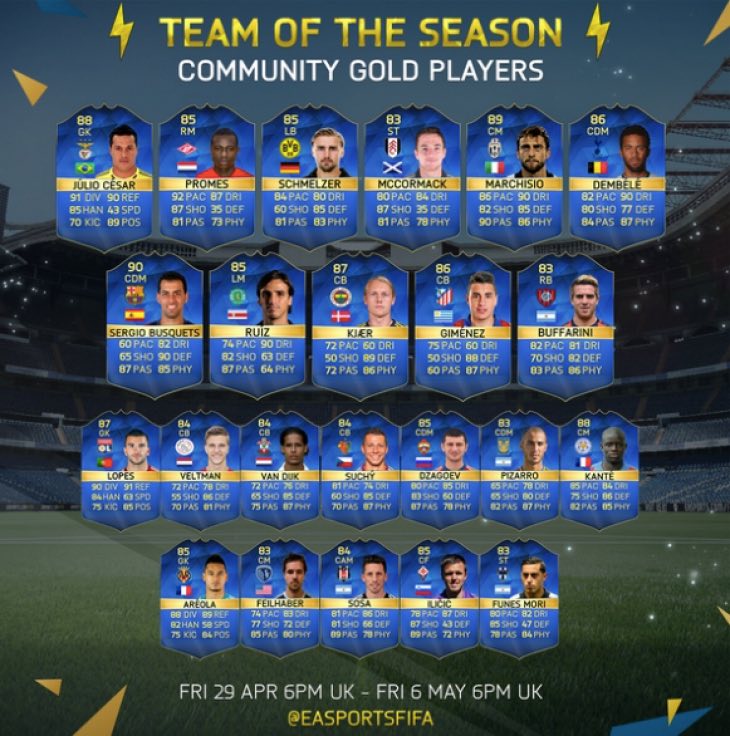 As a result, they will be getting the same blue cards as other TOTS squads such as BPL, Bundesliga, BBVA and so on. This is really good as it means amazing cards for players such as Busquets who will get a 90 cards for being in the Gold MC squad, Leicester City midfielder Drinkwater and Spurs defender Dier.

Without further ado, we have the official TOTS MC squads for you here so enjoy them and don’t forget the real action starts at 6PM UK time – schedule here. 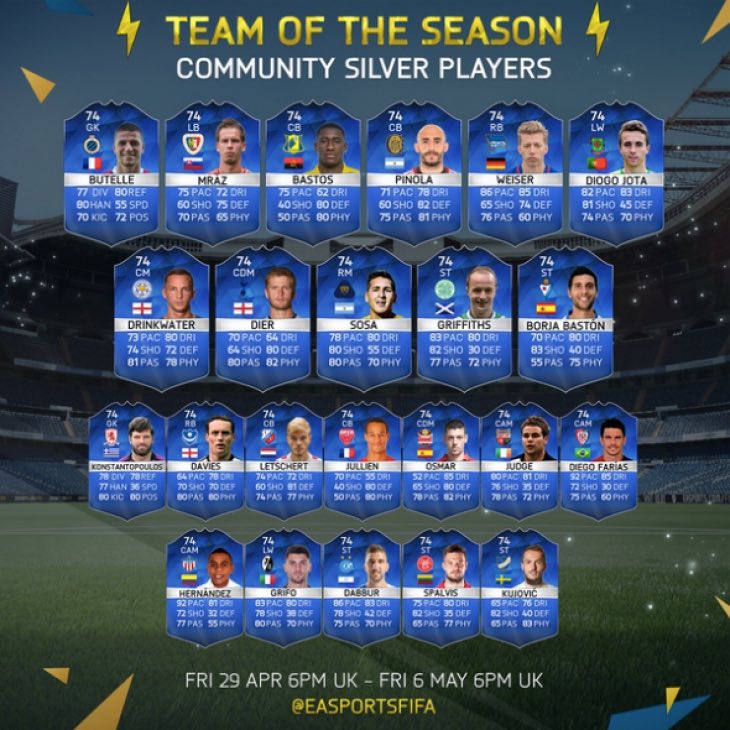 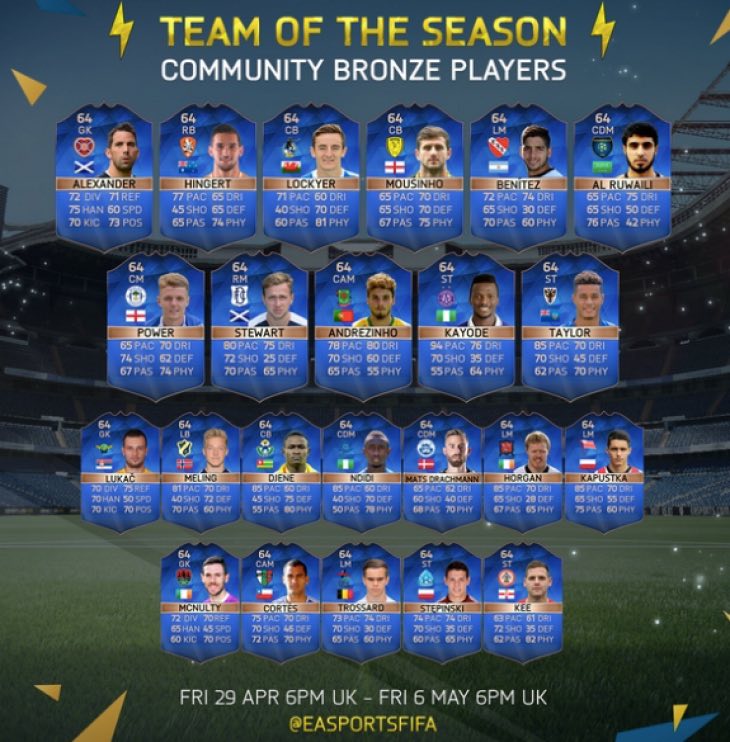 Which player takes your pick from the MC community teams that you would love to get your hands on? Those Silver tournaments are going to be fun if you manage to get a TOTS MC silver player!