EA has just unleashed a special MOTM Suarez card for FIFA 16 and already we can see that somebody has managed to get Suarez MOTM in a pack as it’s already trading on the market.

We can now bring you a video of a player getting Suarez MOTM in a pack and confirmation that you’ll need to pay over 3,000,000 coins if you want to have a chance of getting him.

This is also the fourth unique card that EA has given Suarez since the game launched and it is not even Christmas yet – pretty incredible given that there’s still half a season left to play. 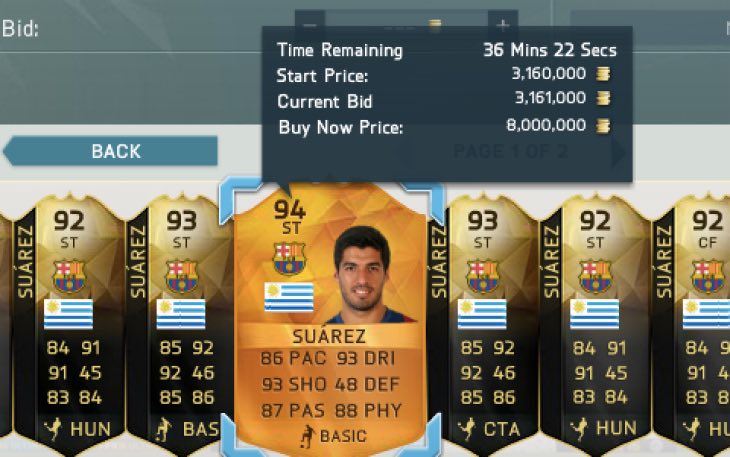 If Suarez keeps up his form he could even go up to a 98 and get a 99 TOTS which would be incredible. Right now though, 3,000,000 coins is already out of question for most players in terms of affordable coins.

Check out the video below showing Suarez inside the FUTMAS Mega pack and let us know what you think of the new stats.