We are pleased to report that EA has now unveiled the official FIFA 16 soundtrack list, revealing the tracks that many of you have been hearing in the recently launched FIFA 16 demo.

Even better, we can confirm that EA has now offered a free preview of the FIFA 16 soundtrack. Simply head to Spotify and you can already listen to a good portion of the 42 tracks featured on the soundtrack.

For those that have Spotify on the ready, you can visit this direct link and it should start playing the tracks from the Spotify web player. 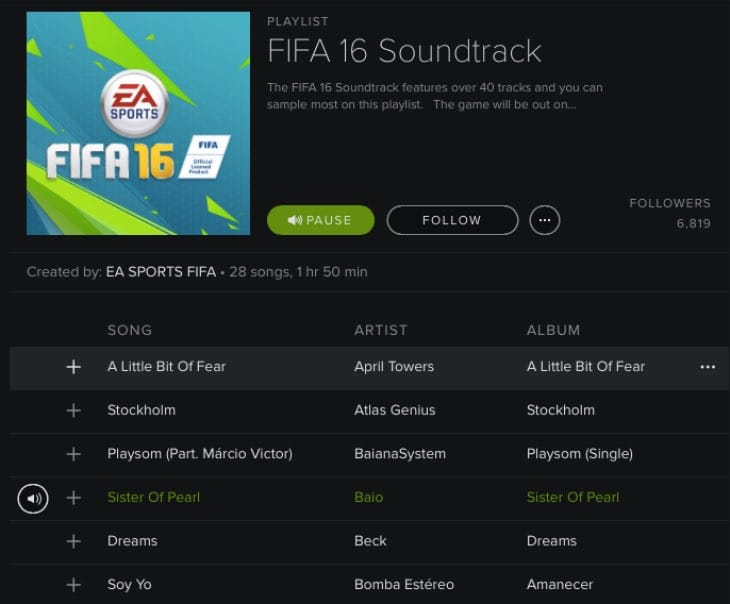 As for the full FIFA 16 soundtrack track list, you can find that here on EA’s website – showing the entire list with artist name and track title, since we know many of you will have liked a particular song from the demo but never knew what it was called.

Now you can get accustomed to the songs that you will be hearing a lot of when the full game launches on September 22.

Let us know what you think of the soundtrack and if you think it is better than the tracks featured in FIFA 15.