We can see that a new FIFA 16 update for PS4 and Xbox One is on the way soon. In case you missed it, EA recently updated the PC version of the game and have said that a similar update will be landing on console versions in the future.

More importantly, EA has revealed what has changed in the game and there’s some significant improvements to FIFA 16 Ultimate Team for those that strictly play this mode.

We have included them in full below, which EA states will be a similar update for when the PS4 and Xbox One patches are ready to go. 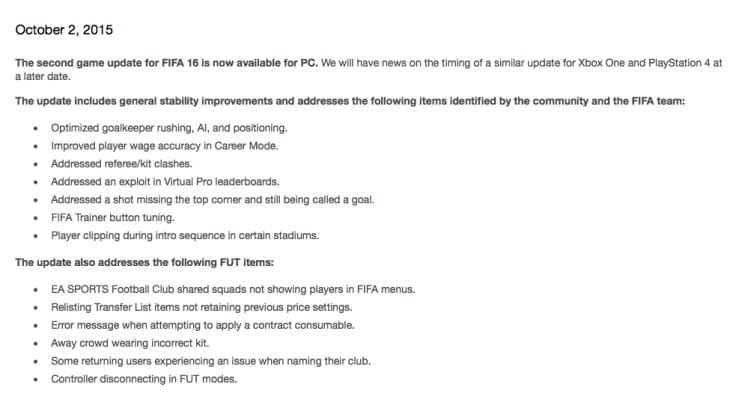 Remember that console updates take longer to arrive due to certification process, compared to PC. Hopefully EA will be pushing this update out during this week as we know many of you are definitely looking forward to the FUT team name change fix specifically.

What are your thoughts on the rest of the changes – has EA left anything out? There’s no mention of constant FUT online match disconnects during FUT Draft, but hopefully that will be fixed as a priority regardless.