Are you still waiting for the FIFA 16 demo download to go live in your area? There had been some reports that the demo was available early for those in New Zealand, but now we can confirm that the demo is also available in other regions too.

Namely the Asia PS Store. If you were one of those naughty users who created an Asia PSN account just to get into the Black Ops 3 beta, you can now head back into that account and download the FIFA 16 demo on PS4.

We can confirm that the FIFA 16 demo file size on PS4 is 4.5GB so it is a fairly hefty install. We can also give you a heads-up to say that our FIFA 16 demo download time was very slow – which could be an indication that many users are racing on to the Asia store and downloading at the same time. 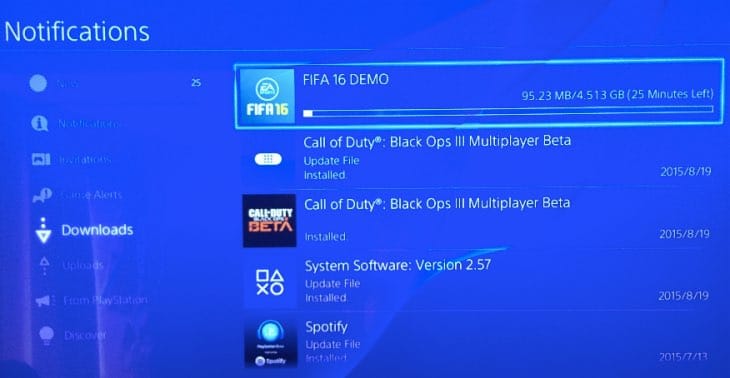 To recap, the demo will feature 10 teams, including the likes of Barcelona, Real Madrid, Manchester City, PSG, Chelsea and Inter Milan.

The demo will also give you the first opportunity to preview FIFA 16 FUT Draft for the very first time before the game launches later this month.

Is the demo live for you in your area, or are you still waiting? Let us know if the 4.5GB download is also going very slow for you.