Last week, we spoke about an ongoing problem with FIFA 16 PS3 Ultimate Team not working due to an issue with the transfer market and EA disabling access for many players.

EA put out a statement on November 27 to say that the majority of players on PS3 have had their access restored, but we can still see that there are plenty of users who are saying that after 10 days, FIFA 16 PS3 FUT 16 is still down.

There has not been an update from EA on this since November 27 and you can imagine how frustrating it has been for PS3 users caught up in this. 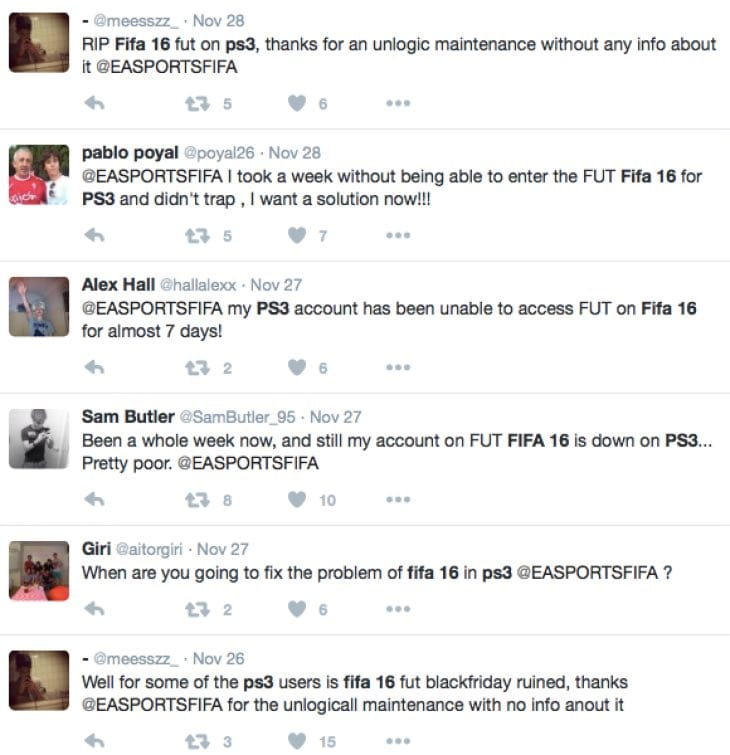 Not only due to the fact that they can’t play Ultimate Team on PS3 for 10 days, but also the disappointment of missing the entire FIFA 16 Black Friday pack event on PS3 as well which is now over.

Hopefully EA will give us an update on the situation this week, but we want you to tell us below if you still cannot play on PS3.

How are you feeling right now and do you feel like you are being punished unfairly? As soon as we have new details on this matter, we will give you an update below.