We can still see that a lot of you are asking where is FIFA 16 for PS Vita. Many of you seem to have forgotten the fact that EA already confirmed back in June that this year, there would not be a FIFA 16 PS Vita release unfortunately.

If you own the PS4 version of the game though, you can however still play FIFA 16 on PS Vita through Remote Play which can stream the game at a 720p resolution.

It still looks very impressive though as the ability to enjoy a game of FIFA 16 away from the TV is always a luxury to many gamers – especially those with young children. 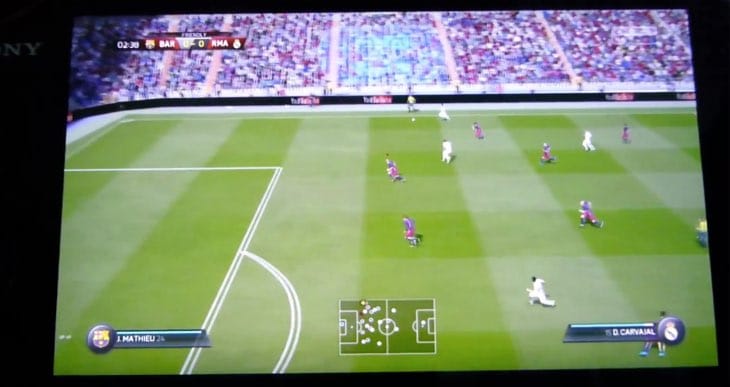 Unfortunately though, while FIFA 16 supports Remote Play on PS Vita it is not without its faults. It appears that EA has not gone in and manually conjured up an efficient control system for those putting handheld as a preference.

By this we mean that to sprint you are going to need to keep your fingers on the back touchpad and this will get tiring after a prolonged period of time.

It’s obviously not very ideal when you are up against a high quality team on Professional difficulty or higher – so that’s one aspect you will have to put up with on the conversion to Vita.

For those interested in getting a good look at how the game runs on the 5-inch handheld, enjoy the gameplay clips that we have added below for you and let us know what you think.