It is almost time for the highly anticipated FIFA 16 player ratings for Liverpool, Chelsea, Manchester United, Arsenal, Manchester City and other big clubs in Europe.

All eyes are on EA to see which players they have specifically upgraded from FIFA 15, with some players obviously due for an upgrade more than others.

It is always an anxious time, with some players even set for downgrades if they have had a poor season in reality. 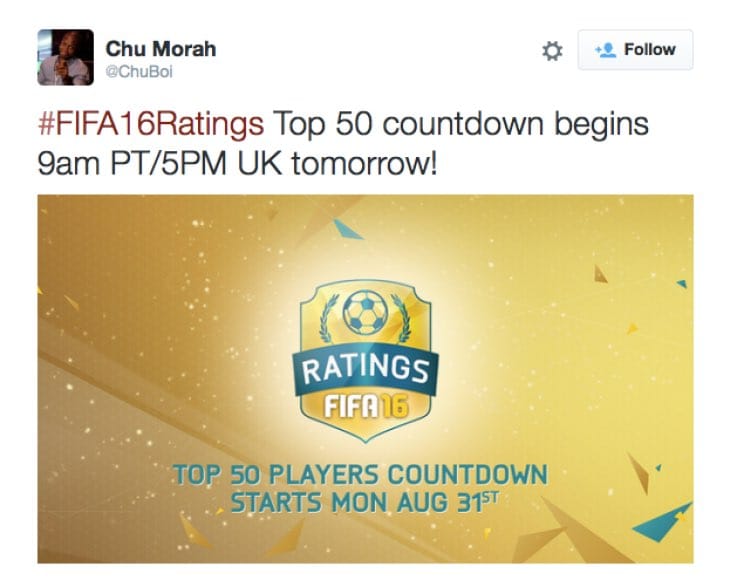 For those asking what time does EA announce the FIFA 16 player ratings, the developer has confirmed this to be a 5PM UK time or 9AM Pacific Time on Monday August 31 – in other words, a nice Bank Holiday Monday treat.

Is Daniel Sturridge a certainty for a downgrade to an 82 on FIFA 16 after hardly appearing last season? What about Alexis Sanchez for Arsenal who has had an amazing season on the other hand?

He currently has a default rating of 85 and we have a feeling that this could get upgraded to an 86 or an 87 for FIFA 16. 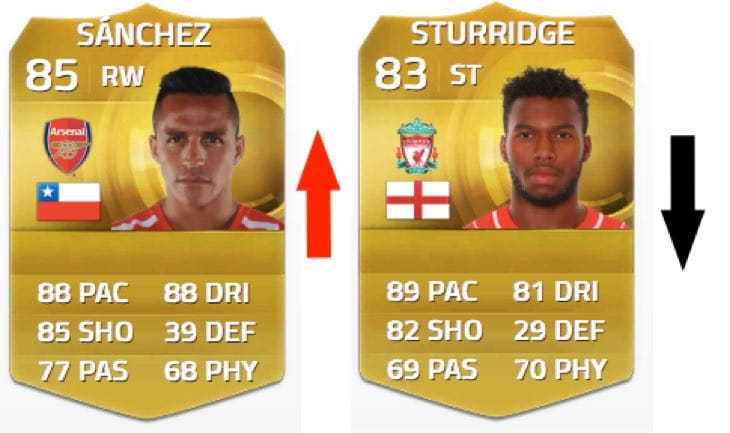 EA will be counting down the FIFA 16 player ratings top 50 so we still have a while go until we find out who is going to be best rated players in the top 20.

As we wait for the list, give us your last minute predictions below for some of the big clubs, or your favorite player. Name your top 3 players who you think are certain to get an upgrade.