We are finally getting FIFA 16 news tomorrow on May 28, 2015. This will come as a shock to some gamers, while others are saying it’s about time considering the gap since FIFA 15 released. The official EA Sports Twitter page tweeted a short message just over an hour ago, which explains the “First new feature for FIFA 16” will be revealed tomorrow.

Taking a look at EA Sports FIFA on Twitter also reveals a new background with the expected FIFA 16 logo. This has also been implemented on the YouTube page, as expected with all social channels today to help this story go viral. You can see the said tweet below. 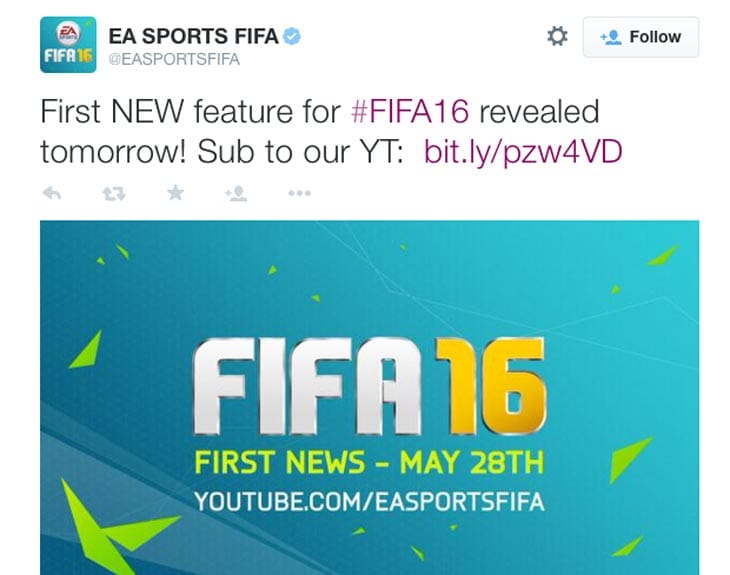 What new feature would you like to see revealed for FIFA 16 on May 28? The tweet has a link redirecting gamers to the official youtube.com/user/EAsportsfootball page, so this tells us that a video will break the news and explain this so-called “First New Feature” for FIFA 16. Keep an eye on Product Reviews Facebook, Twitter, and Google Plus pages for the news as it breaks and of course the EA Sports FIFA YouTube channel.

We loved the upgrades to FIFA 15 in 2014, but there’s been plenty of complaints and problems as well. The developers will have a lot to prove in 2015 with FIFA 16, when the release date finally arrives. Leave your wish list below.