If you haven’t heard, EA has released some new FIFA 16 MOTM cards based on performances in the Champions League hours ago. Those opening FUTUnited packs now have the chance to get MOTM Jonas and MOTM Di Maria for 24 hours only.

Both cards feature amazing stats, with Jonas moving up to an 86 rated card as a CAM, while Di Maria continues to get better and better with an 89 overall RW card.

We have some videos for you to check out now highlighting both players. At the time of writing there isn’t a full FIFA 16 MOTM Di Maria review yet as the cards have only just released – we’ll add one below though as soon as it’s available. 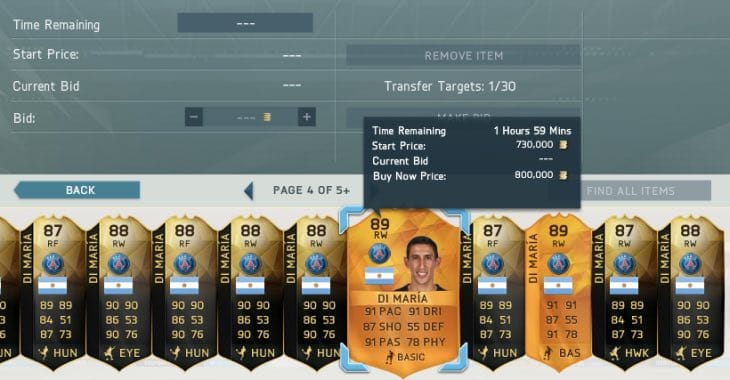 There is however a FIFA 16 MOTM Jonas review for you to watch, so if you are interested in the new card, take a look at the clip below as there’s gameplay showing what an 86 rated Jonas can offer.

If you have already bought the new Di Maria MOTM card or have been lucky enough to get MOTM Di Maria in a pack, we invite you to leave your thoughts below.

Is Jonas one of the best strikers to buy on FIFA 16?