EA has just announced that FIFA 16 FUTMAS is due to start very soon. This is going to be similar to Black Friday and Cyber Monday events in the game, meaning that you will be able to pick up some limited edition packs for use in Ultimate Team.

There is also going to be some special Christmas-themed tournaments – both single player and online to take part in too.

We can see that there’s already an online tournament that is about to start online, called Lumps of Coal which will award you with 7,000 coins. 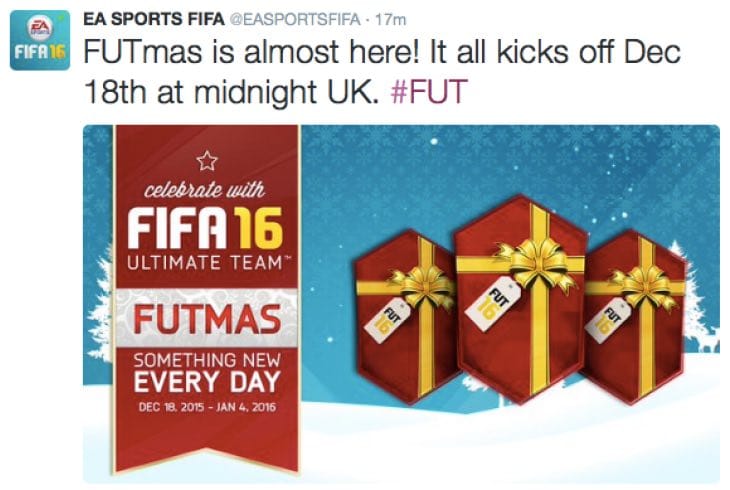 Above are the times for when FIFA 16 FUTMAS starts, which is midnight on Friday December 18 running until January 4. EA are promising something new every day, so keep an eye out on the store for 50k and 100k packs, as well as new tournaments and FIFA 16 FUTMAS Pack Lightning rounds starting with limited number pack quantities.

The single-player tournaments are the best way to build squads as usually they are set to professional difficulty which is manageable for most players.

What are your expectations of FUTMAS for FUT 16 this year and what do you want to see? Should EA offer FUTMAS free packs for FIFA 16?