We can see that EA has now launched the same FIFA 16 FUT update for PS4 users, which went live for PC recently. At the same time though, there has been silence on whether this update will still be coming to PS3 and Xbox 360 versions of the game.

There are still plenty of PS3 and Xbox 360 users who are playing FUT 16 on last-gen hardware. It goes without saying that they need updates too, but it also should be said that EA are well within their right to prioritize next-gen first.

We are assuming that the update will be available for PS3 and Xbox 360 users, but given that EA hasn’t said anything – it may take a while to come out compared to next-gen. 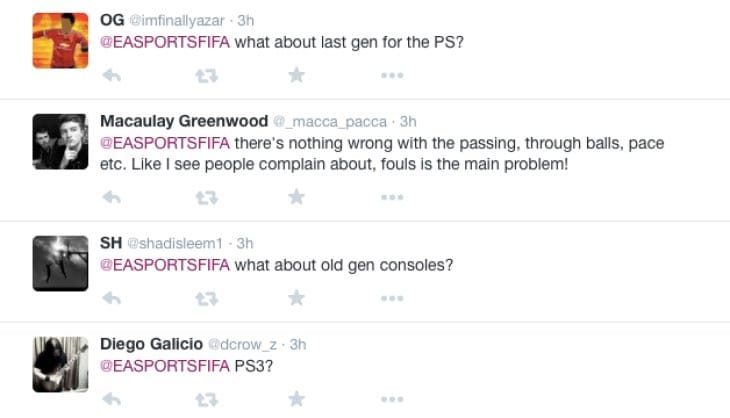 You can see that fans are asking EA the same question on Twitter at the moment, but EA are not saying anything right now on the status of the PS3 and Xbox 360 update.

Have you had any problems with FIFA 16 on PS3 and Xbox 360 that you are hoping this update fixes, or is everything fine for your experience? We’ll update this when we hear news of the last-gen rollout.