We are very happy to confirm that EA has instantly transferred all of the Deadline Day transfers from real life into FIFA 16 Ultimate Team. That means when you open packs now you have the chance to get players such as David Luiz at Chelsea, Jack Wilshere at Bournemouth, Benteke at Crystal Palace and even Joe Hart at Torino.

We thought it would take EA longer to make all of the changes, but we have been left pleasantly surprised. These should be the last set of transfers to be seen in FUT 16 now as focus will soon shift over to FIFA 17 which launches at the end of the month.

Here’s a sneak peek at some of the transferred players which are now available in new packs, with the highest rated towards the top of the chart. 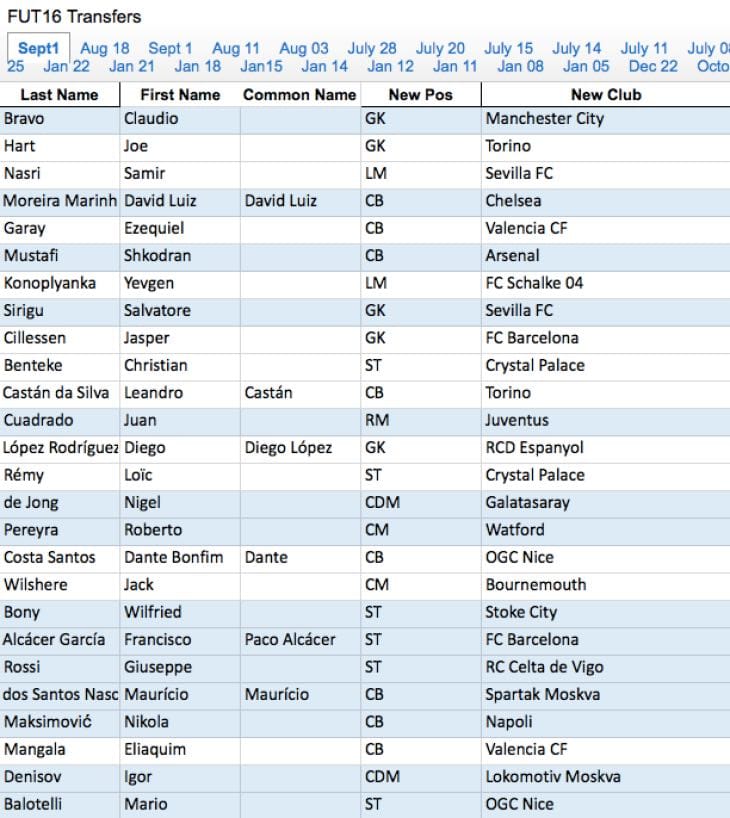 There’s a lot of Premiership players that have moved, but also some interesting transfers from elsewhere in Europe as well – Konoplyanka to Schalke for example.

Take a look at the full FUT 16 transfers update list here and let us know if EA has missed any!