We have been playing FUT Draft since the launch of FIFA 16 and loving every minute of it so far, from the crazy team roster selections down to the impressive rewards when you win all four games.

However, we know that some of you have been having some issues with it – specifically FIFA 16 FUT Draft disconnect problems when playing online.

Playing the online mode is rumored to yield greater rewards, but it also comes with the risk of losing those rewards if you get disconnected from FUT Draft constantly. 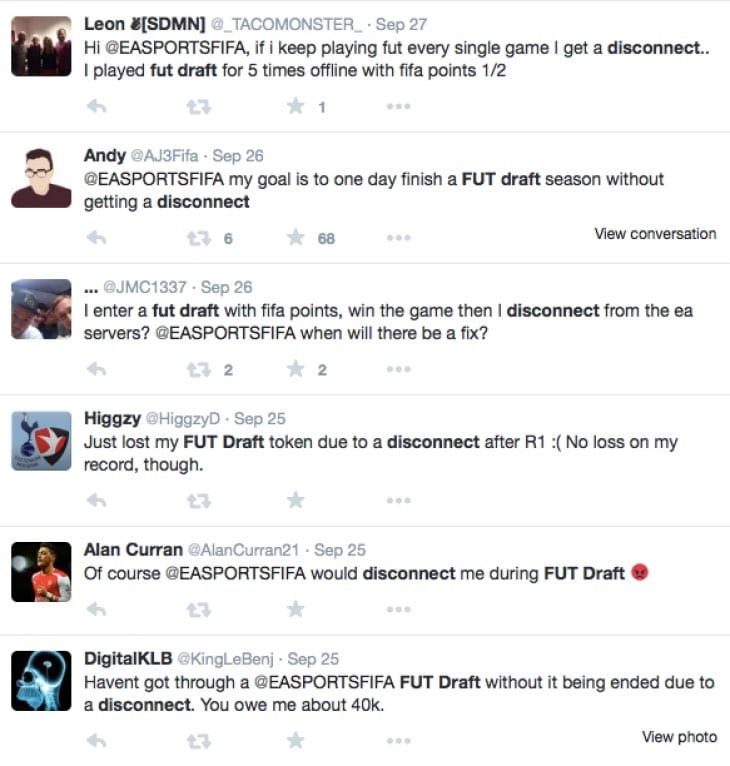 This is obviously a major headache when you have just spent 15,000 coins or 300 FIFA Points to enter – as you end up with nothing or a lesser reward for a match you clearly would have won.

As far as we’re aware, EA has not issued a general statement on this – but they really should as it is happening to a lot of users at the moment, regardless of internet connection speed.

You can see a whole thread about it over at EA’s support forums to get an idea. Is this happening to you right now? Let us know how many times it has happened and whether you managed to get your FUT Draft token back from EA.