We are getting reports that FIFA 16 FUT is down on Xbox One for some users, although it doesn’t appear to be affecting everyone on a widespread scale.

For those that are having issues with the FIFA 16 Ultimate Team connection error on Xbox One, we wanted to give you a quick heads-up to say that EA are already aware of the situation. 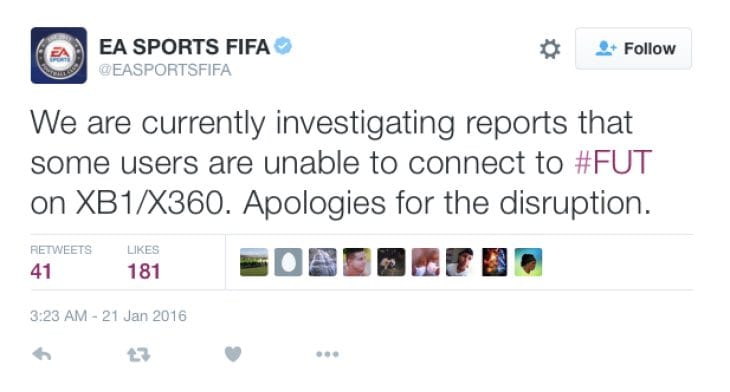 EA sent out a statement around one hour ago, acknowledging the issues and have said that they are now investigating, whilst apologising for the disruption.

Hopefully the issues will be sorted properly soon, as there’s the little matter of TOTW 19 which has just gone live, featuring new cards for the likes of Suarez, Benzema, Rooney and Aguero.

Have you noticed any problems with FIFA 16 Xbox One on January 20?