EA has been generous enough to provide all FIFA 16 players with a nice surprise today. Upon next logging in to the game, you should see a free FIFA 16 Ultimate Loan Player pack waiting for you to open.

This is the best loan pack available in the game as it will give you an 85-90 rated player to use for a specific number of games – along with some other consumable items.

Unfortunately the consumables cannot be traded on, but it is still a nice gesture after fans have been asking EA to give out some free packs for a long time. 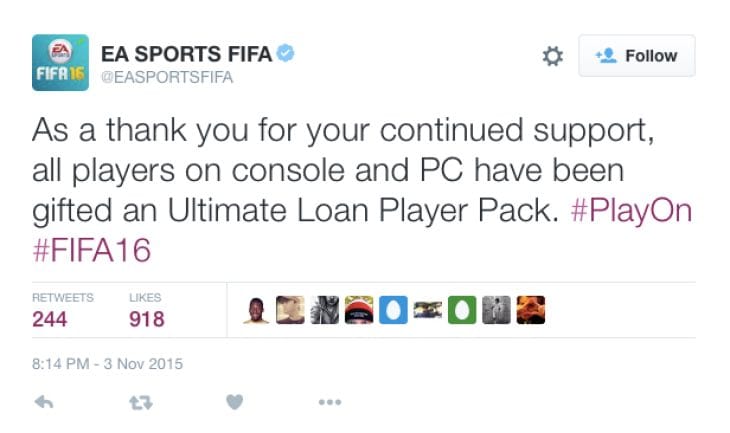 EA says that the reward is due to the continued support of players, so hopefully they decide to feel even more generous over Christmas and give players a player pack which can be traded – then fans will really appreciate it.

Still though, many of you will be happy with the extra players in your club so let us know who you received in your pack – did anyone manage to get Ronaldo?

We received Karim Benzema in our pack which was nice! Share your picks below.