EA has just sent out a wonderful surprise for Christmas. The developer has to put up with an unprecedented amount of abuse on Twitter from UK delinquents, but now we can see that social media trolls have been left utterly speechless with two FIFA 16 free mega packs waiting for every player in the store.

These are the 35,000 packs that you would usually have to pay for, offering a selection of rare players and consumables. With two of them available absolutely free, it’s a great opportunity to boost your squad count for tournament eligibility and of course get those rare players if you are lucky.

We just opened those packs on our account and received next to nothing in one pack, but Cavani, Oscar and Hulk in the other pack so it really depends on your luck. 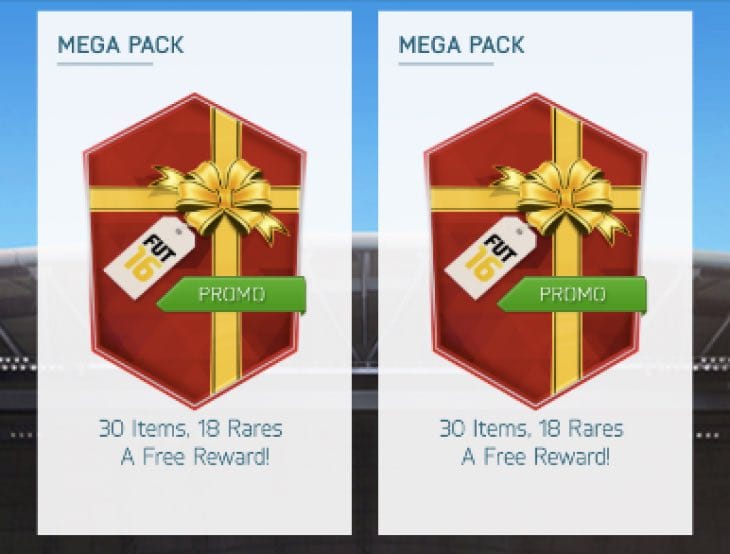 We can also see that some players have even managed to get ultra rare players in these two free packs such as in-form Ozil and Benzema who are currently highlighted in TOTW 15.

Open your packs now and let us know what you received from Day 15 of the 16 Days of FIFA event – did you get any rare players? What do you think EA will hand out for the FIFA 16 16th Day gift on Christmas Day?