It has been a while since we last spoke about the ongoing FIFA 16 cover vote for UK. Fans have been going wild on social media, all in an attempt to increase votes for Jordan Henderson, Thibaut Courtois, Sergio Aguero and Harry Kane.

These are the four Premiership players that will do battle for the right to join Lionel Messi on the official retail FIFA 16 UK cover.

We don’t know which player is leading at the moment, but after initial high trends for Jordan Henderson, it looks like Sergio Aguero is coming back strong.

EA will be revealing the results of the vote on July 5, 2015 – the exact end time for the FIFA 16 UK cover vote is 23:59 GMT on Sunday so you have a week to get your upcoming votes in before they are counted by EA. 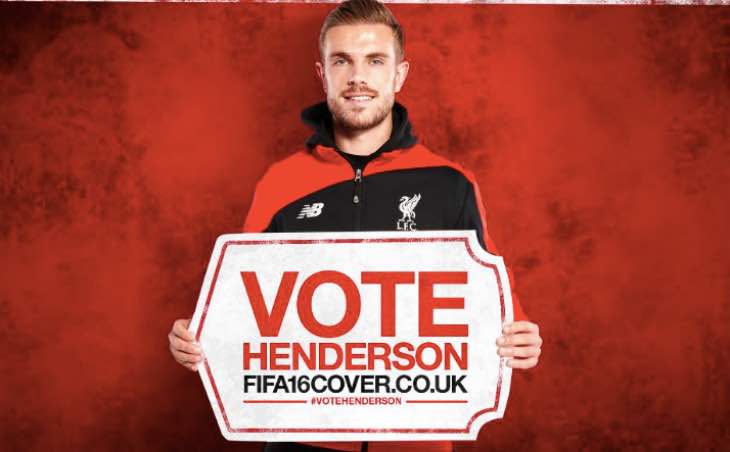 We remember Henderson saying in an interview that it was ‘about time a Red was on the cover’, so do you agree with this statement in saying that Liverpool’s Henderson should join Messi?

Then again, Sergio Aguero has a good case to put himself on the cover too – notably the fact that he won the Golden Boot award for the season just ended by scoring the most number of goals.

Which player have you been voting for and which should be selected as the cover star alongside Messi?