With FIFA 17 due for release in just a few months, there has been a serious problem exposed within FIFA 16 Ultimate Team – a problem which could have gone under the radar spanning several years of FIFA iterations.

We’re talking about the FIFA 16 Chemistry glitch, which is the topic on everyone’s minds right now if you are a regular FUT 16 player. At least from what we’ve seen on social media, everyone keeps asking how to do the chem glitch on FIFA 16.

In a nutshell, a recent video has been thrust into the limelight showing in-form cards performing worse than their base versions – which is obviously not right given that players spend a lot of money making sure they have these special versions as opposed to normal ones. 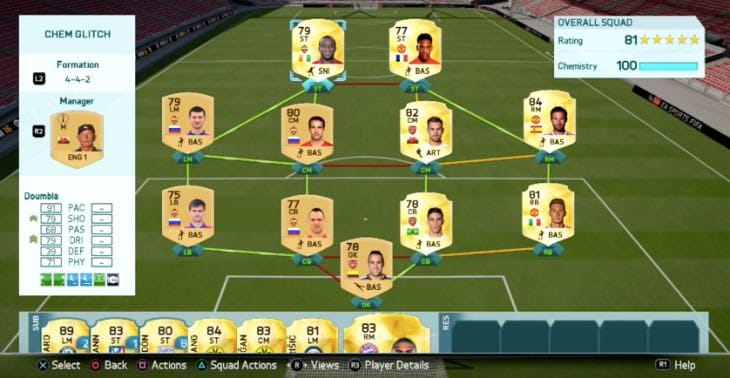 This has now been blown up on Reddit, along with many other media outlets reporting on the same issue piling pressure on EA who have now been forced into the following statement sent to Games Radar:

“Thanks to the FUT community for raising awareness of a potential fitness and chemistry inconsistency in some FUT items. After hearing this, our teams were in over the weekend and continue to thoroughly investigate the information. We will keep you informed with updates from the investigation. Our commitment to a fun, fair and secure experience in FIFA is ongoing, and as a community your feedback helps us achieve that goal. A special thanks for your continuous efforts across all channels.”

As a result, players have been waiting to hear back from EA for days on the conclusion but so far nothing else has been said. Could it really be true, that players have been spending money for nothing on these special cards that are essentially no better than base versions?

If you still don’t understand the implications of this, watch the two videos that we have included below to get a full understanding of the current situation.

For all those that are planning to buy FIFA 17, leave a comment below if you will only buy once this matter is resolved with a full explanation from EA.