The build up to EA Sports FIFA 16 UK launch has well and truly started and within the last hour a new tweet appeared to promote a live video stream. You can see the said tweet below, which states “Watch the FIFA 16 Celebrity Cup live from 6pm UK today” and will arrive with known celebrities.

We have included the supporting graphic below that details the FIFA 16 live event. As you can see, it will be held on YouTube at the official EA Sports FIFA channel (watch the live stream on this page below our article) and feature Spencer FC along with Adebayo Akinfenwa. There’s also going to be a “host of names” from the world of music and sport, although we will need to wait to see who they will be today. 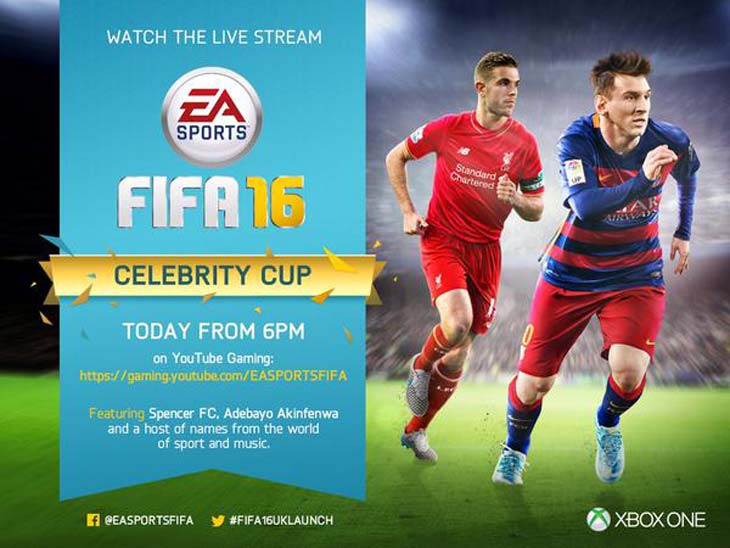 As we see with most graphics promoted for FIFA 16, it’s Xbox One being featured rather than PS4. While most might agree there’s little difference in graphics, the promotion is also done due to deals made with certain companies and Microsoft has had the Legends exclusive for a while now.

Are you ready for the FIFA 16 UK launch? The release date is pegged for September 24 in Europe, but those in the United States get hands-on first with a launch tomorrow. The live Celebrity Cup stream today kicks off at 6PM BST, as we see with most events taking place involving EA Sports FIFA.