We wanted to look ahead to FIFA 16 now, with EA having already confirmed one big feature for the game with the inclusion of female teams.

One big aspect that is going to be unveiled soon is new FIFA 16 celebrations. EA always put in the latest ones that have gone viral on social media and we think that there is a good chance to see a Aubameyang FIFA 16 celebration in the game.

For those that don’t know, this is Dortmund player who has celebrated by putting on a Spider-Man mask in the past. However recently, he also scored a goal and then decided to celebrate by putting on a Batman mask instead – with teammate Marco Reus donning a Robin mask to join in on the fun. 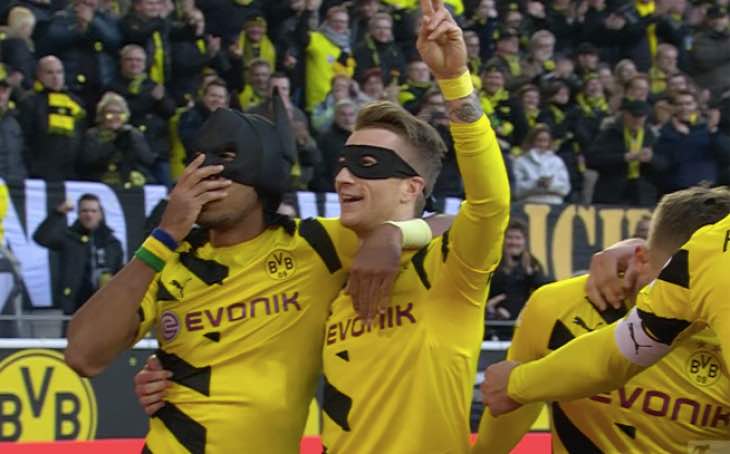 As a result, would you love to see the Aubameyang Batman celebration in FIFA 16? We’ve added it below for those that haven’t seen it and also another amazing video showing animations on how this could work in FIFA 16 – courtesy of TheFifa11videos.

Watch both clips below and let us know what you think about it. Alternatively, feel free to share any other new celebrations that you want to see added by EA into FIFA 16.

Does the Aubameyang Batman need to be in FIFA 16? Let’s hope there’s no problems regarding licenses if they do think about adding it.