We could be hours away from the release time for the BBVA La Liga TOTS cards in FIFA 16, with speculation suggesting that the BBVA is next up on Friday May 20. Update: Tournament is now live in game, details below article.

Although EA has not confirmed anything yet, the word on social media is that BBVA is next up. Clues on this could lead to the fact that Iniesta is in the current TOTW 36 team so won’t get a TOTS card.

Also the fact that Suarez won La Liga for Barcelona with a hat trick but wasn’t in TOTW 36 could be a good indication that TOTS BBVA is next up and EA are saving that 99 Suarez card for Friday. 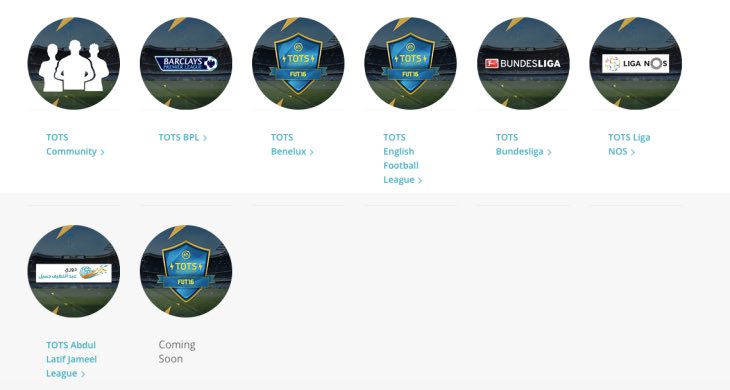 So with the release aside, we wanted to talk about the BBVA TOTS Tournament which is guaranteed to happen now with EA introducing this new feature to the event this year.

Which player do you think EA will choose as the free giveaway for the tournament win and which personally do you hope it to be?

Leave your two answers below and come back at 3PM on Friday May 20 UK time when we will reveal the next TOTS lineup.

Update: TOTS BBVA Tournament is live! The player to get is Castro, what do you think about this? No TOTS Bale, or Bakambu, but 2nd and 3rd wins online offer normal Rakitic and Isco cards.