We knew it would be happening on Friday and now EA has just confirmed it, the FIFA 16 BBVA TOTS release time is today on Friday May 20. We have a heads-up for you on what time the team is live in packs and also what time the preview lineup is revealed as well. Update: EA has now confirmed BBVA TOTS below, it’s a surprising one!

With Iniesta being in the TOTW 36 lineup and Suarez being missing from it, it was a big clue that the BBVA TOTS was landing today.

Now EA has confirmed it with the following message below: 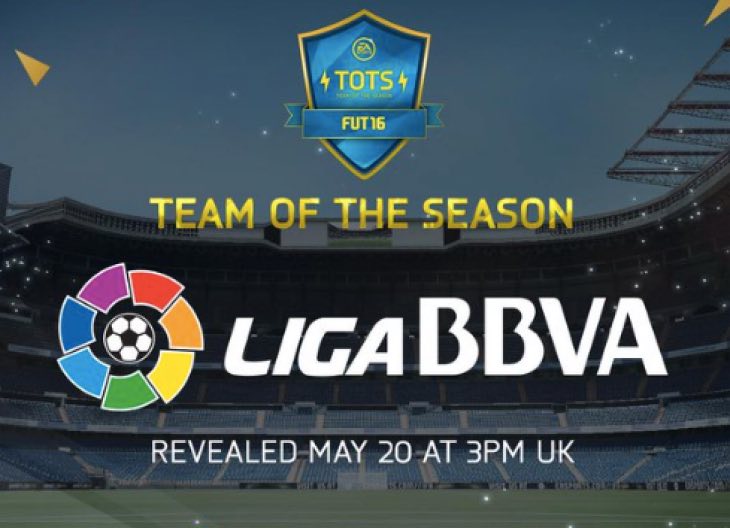 As you can see, the players will be live in packs at 6PM UK time but the lineup will first be revealed at 3PM UK time today. We are expecting 99 rated cards for Suarez, Messi and Ronaldo so it really isn’t to be missed – the rest of the lineup should be interesting especially to see who takes the midfield slots.

Come back at 3PM today and we’ll reveal the official BBVA La Liga TOTS here. Don’t forget to join the debate on who the free player should be in the BBVA TOTS Tournament which will be going live at 6PM UK time today.

Update: Here’s the confirmed TOTS BBVA team! Are you surprised 99 Ronaldo, but no 99 Suarez?