We are just hours away from the next major event for FIFA 16 players. TOTS may have ended, but EA are still finding ways to integrate Euro 2016 and the Copa America 2016 tournaments into the game under different names.

These have come in the form of International or iMOTM cards each day and now on Friday June 24 we are going to be seeing the FIFA 16 Americas TOTT team revealed at 6PM UK time.

These are going to be the best players who have performed well during the Copa America, three of them already confirmed to be Messi, James Rodriguez and Alexis Sanchez.

EA has teased the reveal on Twitter by revealing all of the stats of the players, but not the names. Thanks to Twitter though we can bring you the likely lineup – this image below shared by Nicko_Labbe. 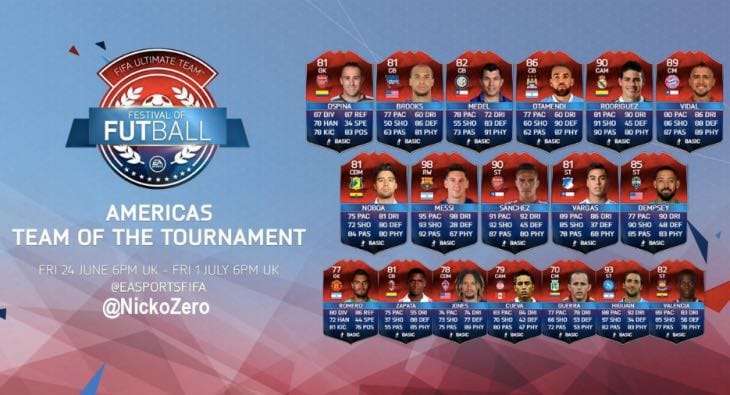 Obviously we can’t say for sure if the names are 100% certain, but it looks pretty good to us so consider this a nice heads-up before EA’s official reveal.

What are your thoughts on the predictions above? Have your say below.