We have reached the end of a very exciting week for FIFA fans across the globe. In a matter of hours, EA will be revealing the FIFA 16 player ratings 10-1 for Ultimate Team – meaning a confirmation of what rating Ronaldo and Messi will be in FIFA 16.

Of course, it’s also an opportunity to get the ratings for other highly sought after players such as Luis Suarez, Neymar, Ibrahimovic, Neuer, Robben and Eden Hazard.

Thanks to the FIFA 16 demo though, we could already reveal some of these ratings in advance. We’ve already told you here that Ronaldo could be a 93 in the game and Lionel Messi being one higher again with a 94.

We stress that these are not guaranteed though as EA may well change the ratings later. We say this as Iniesta was an 89 on the FIFA 16 demo, but now we know that it has been confirmed that he’ll have an 88 final rating in FIFA 16 FUT after a -1 downgrade. 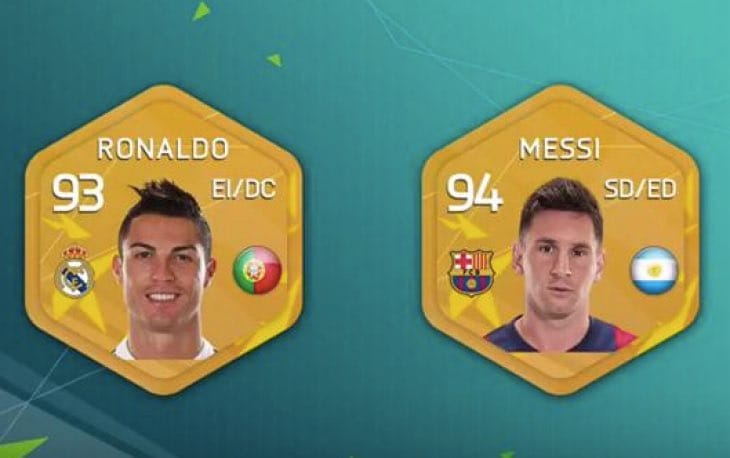 With this in mind, EA may be springing a few surprises for players so the ratings are not set in stone based on what you may have seen from the demo or other leaks.

The good news is that we don’t have long to find out. EA should reveal the FIFA 16 10-1 ratings at 5PM UK time, if they stick to the same pattern as they have done all week.

Give us your last minute predictions for the FIFA 16 player ratings Top 10 for Ultimate Team. Do you think Ronaldo will be a 93 and Messi a 94 or not?