We can now bring you the first official details on the upcoming FIFA 16 1.05 update for PS4 and Xbox One. The update is already live on PC as the FIFA 16 Title Update 5, so now we know that it will arrive on console versions very soon. Update: 1.05 is now live on PS4 as of Tuesday December 15.

EA are continuing to work on improving the gameplay mechanics to meet player’s demands and now we can give you an early look at the FIFA 16 1.05 update notes on PS4 and Xbox One before the update is available to download.

EA has said that with 1.05, they are aiming to make the game more “balanced and responsive” in terms of gameplay and as a result, these are the confirmed changes that we’ll see:

As you can see, one of the key factors to pick out in the update is the changes to referee penalty decisions. Anyone who plays the game knows that some of the decisions given are incredibly soft, so hopefully EA are improving the AI on 1.05 to be a little more realistic.

In addition to the notes above, we can also see that there is going to be attribute boosts provided by Chemistry, which will affect passing, interceptions, and long shots in Ultimate Team.

There we have it – expect the update to be out soon and hopefully at the same time for both platforms. Give us your thoughts on the changes and whether you are happy with what is being included in 1.05.

On a side note, we would also like to point out that there is still complete silence on the fact that EA are seemingly doing nothing to combat those who have had their entire transfer list stuck on ‘expired’ after EA maintenance.

It looks like some of you need to speak up on this before EA takes action. 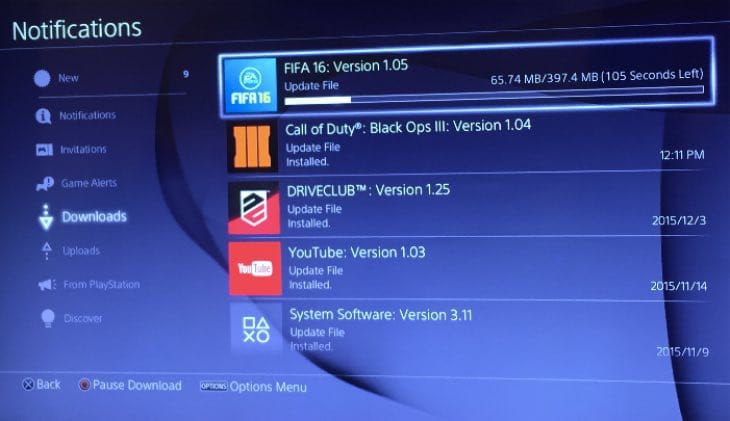 If EA has altered any gameplay changes not highlighted, let us know below.