As expected, the next-gen versions are racing ahead in terms of support as PS4 and Xbox One owners have just been updated to Title Update 4.

Better late than never, Title Update 2 is now available for download and we hope that it fixes the Ultiamte Team crisis on PS3 with many of you telling us daily that it is still not working. 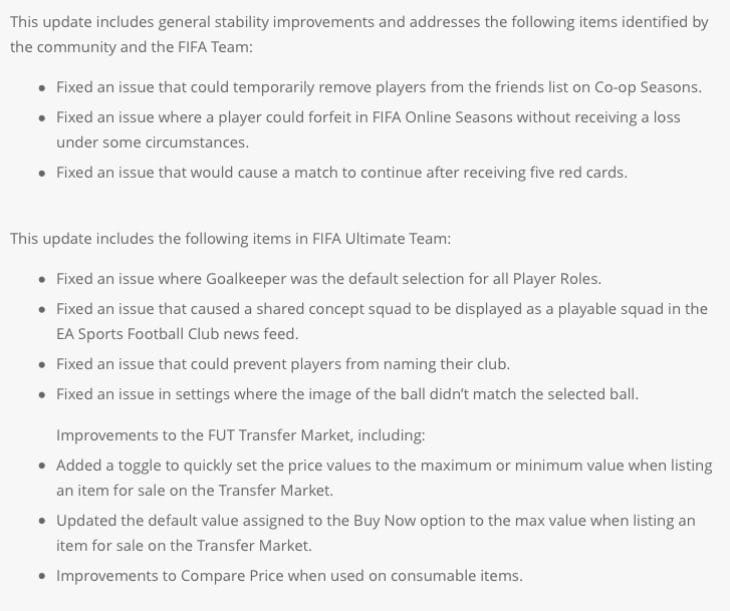 Nevertheless, you’ll find the full changes above which is separated into general stability improvement areas, FUT Ultimate Team changes and also some changes to the FUT Market.

The good news is that EA has also added third kits for Barcelona, Roma and Inter Milan into Title Update 2 – this is interesting as it was only added in Title Update 3 on next-gen.

Let us know how your game plays after the update and more importantly – let us know if your Ultimate Team problems on PS3 have been fixed after 1.02.