We are closing in on the upcoming FIFA 15 Winter player upgrades, with EA expected to introduce some key stat changes based on the good performances of certain players so far in the season.

EA has shown that they are more than willing to upgrade a player if deemed necessary, and we think that several Southampton players are definitely up for consideration due to their blistering form in the Premiership.

It’s amusing to think that most fans didn’t give Southampton a chance during pre-season, when Southampton lost several of their key players to Liverpool FC. 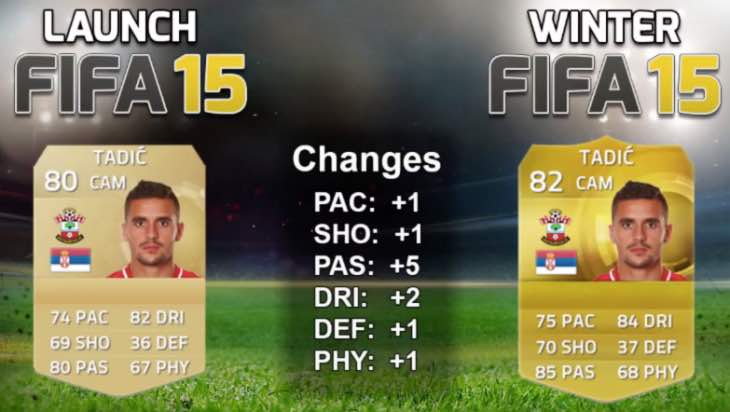 Look what has happened now months later. We have a video to show you which selects three Southampton players that should be upgraded by EA in the next wave of updates.

We agree with all of these potential upgrades, especially Tadic. Will EA make it happen though? Watch the video below and let us know what you think.

Who else deserves a player upgrade in your opinion?