The FIFA 15 Ultimate Team servers are down right now according to reports coming in from both Twitter and status update websites. The football game is played by millions around the world and this is prime time UK daytime, although that only counts for those not at work or school.

We first heard about FIFA 15 UT servers going down early on Feb 11, 2015, in the morning from Product Reviews readers. After checking the Down Today website, it’s also clear that problems are taking place that seem to focus on getting connected to EA servers in the UK at least.

Also, checking the official EA Sports FIFA 15 channel reveals EA servers are unavailable due to maintenance taking place today (Feb 11). It’s unclear if players in the USA are also impacted, but you can see the said tweet below in the screenshot. 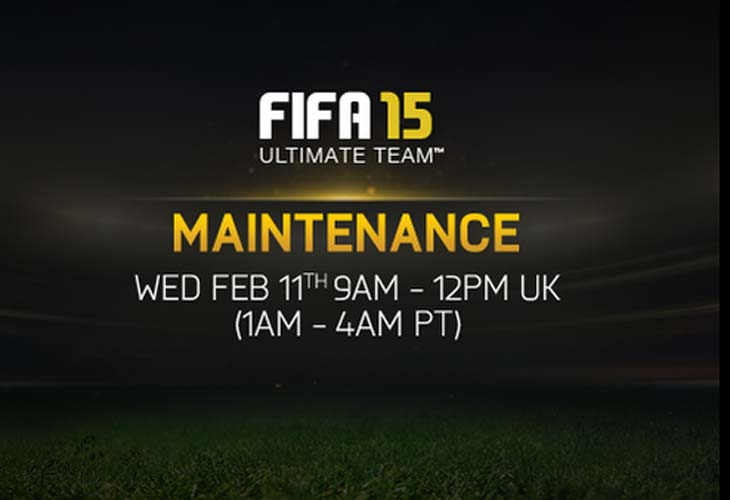 Are you impacted by the FIFA 15 server maintenance today and if so, what country are you in when seeing servers down? Hopefully, this maintenance doesn’t turn into an outage for many hours, as we have seen in the past. Reported problems this week could also be a reason for taking servers offline, which may fix issues players had earlier in the week.

Update: The FIFA 15 maintenance is scheduled for 3 hours and the times are 9AM to 12NOON, GMT. You should notice the downtime on PS4, Xbox One, and last generation platforms. If the downtime lasts longer than scheduled, then share a comment below.