The TOTY midfielders for FIFA 15 have only just gone live, but we can already bring you what looks to be the world’s first live reaction of getting FIFA 15 TOTY Iniesta in a pack.

The Barcelona midfielder is no stranger to TOTY as it seems he has been included in the TOTY midfielder selections each year forever.

Now, you have the chance to pick up his unbelievable 95 rated card in the game, by opening gold packs or the special 25K coin packs in Ultimate Team. 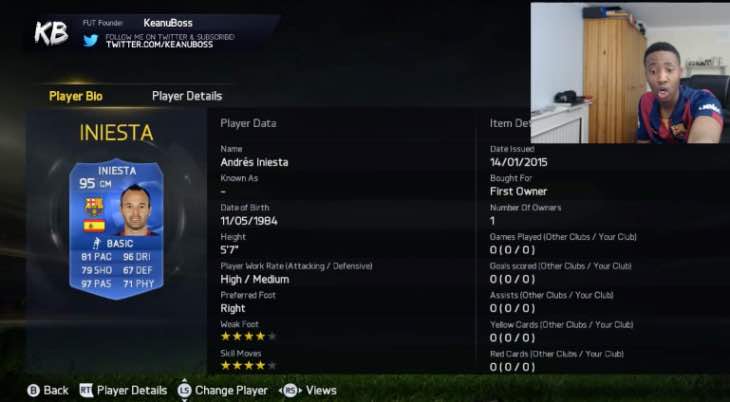 For now though, we wanted to share the video of one lucky player who already picked out Iniesta just hours after EA went live with the new cards.

That player is YouTuber Keanuboss who already has a considerable following within the FIFA 15 YouTube community. Being the very first owner of TOTY Iniesta is a nice achievement though, especially when you consider how many coins you will be able to sell for if needed.

Have you been as lucky and have managed to pick out a new TOTY card? Watch the video below and let us know your thoughts on it.