Right on schedule, EA has now unleashed the FIFA 15 TOTY Defender and Goalkeeper packs into FIFA 15 Ultimate Team. We can now bring you some instant TOTY pack reactions, as some players have been lucky enough to pick out some of the new rare cards.

If you haven’t heard already, Neuer was chosen as the FIFA TOTY goalkeeper, while the defenders are Ramos, Lahm, Silva and Luiz. Some are saying that David Luiz is a surprise inclusion, as many thought that Alves may be selected again.

Elsewhere though, it is not really a surprise. There’s no Luiz Suarez which is controversial, but nobody can argue with the players that have been selected, especially the forwards. 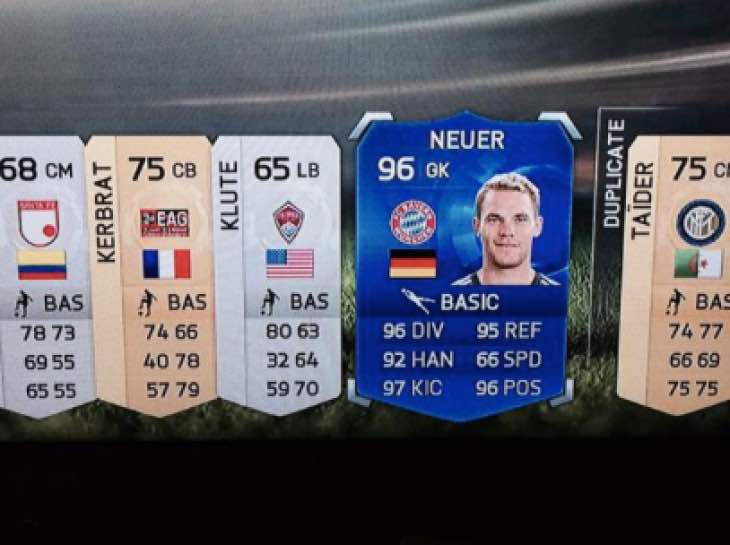 Now, you have the chance to win the special new TOTY defenders and Neuer inside FIFA 15 packs. We can already bring you some live reaction on video from those who have picked out a few of the defenders.

Meanwhile EA themselves have retweeted a fan’s picture, seemingly confirming that he is the first one to get Neuer TOTY in a pack before anyone else.

Remember that the defenders and goalkeeper players will be available until Wednesday, then the Midfielders will become available.

Let us know what you think of the World XI TOTY and if you have been lucky to pick out a player in a pack.