We are just hours away from the reveal of a new FIFA 15 TOTW 50 for Ultimate Team. Once again, EA will be hand picking the lineup based on the last round of Premiership and European matches over the weekend.

With this in mind we take a look at who is likely to be chosen with some last minute FIFA 15 TOTW 50 predictions for FUT.

Top of the list has to be Petr Cech without a doubt. If it wasn’t for his two world class saves then Liverpool would have beaten Arsenal for sure.

Another outstanding save by Cech! Maybe these are the types of saves that earn 12-15 points… pic.twitter.com/WJENf4aSFr (via @Ben_Jata)

You can see a reminder of the great Cech save against Coutinho in the clip which we have added for you above. Speaking of Coutinho, the little Brazilian may finally get his long awaited 2nd in-form card in TOTW 50 too.

Although Coutinho didn’t score, he had a great match hitting both the crossbar and the post. Many fans were calling for a TOTW card after his winner against Stoke so perhaps now is the time when EA will listen to those demands. 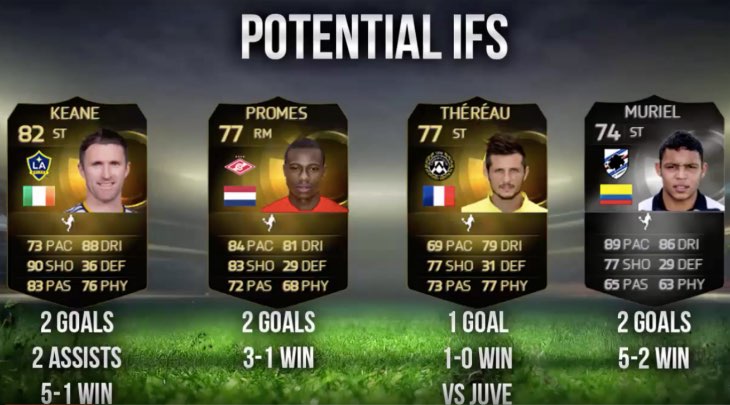 Other predictions that EA could go for are Chelsea’s Pedro, Rafinha, Dortmund’s Ginter and LA Galaxy star Robbie Keane who can’t stop scoring at the moment it seems.

The list should be revealed in the afternoon UK time, then TOTW 50 should go live in-game at around 6PM UK time – if anything changes we will keep you updated.

Who are your predictions for this week’s TOTW in FIFA 15 – do you think Cech and Pedro should be included or not? Watch the predictions video below and give us your top picks.