We are counting down towards the new FIFA 15 TOTW 36, which EA will reveal later on Wednesday in the evening UK time. While we wait for the official lineup to be revealed, we now have a look at the potential FIFA 15 TOTW 36 predictions and to see which players could feature.

One player which is almost certain to be featured in Sadio Mane. The attacking midfielder from Southampton scored a hatrick in his last game and it’s now the fastest ever hatrick in the Premier League.

As a result, EA may even decide to give Mane a special record breaker card for FIFA 15 FUT – if not that though, surely a standard IF upgrade. 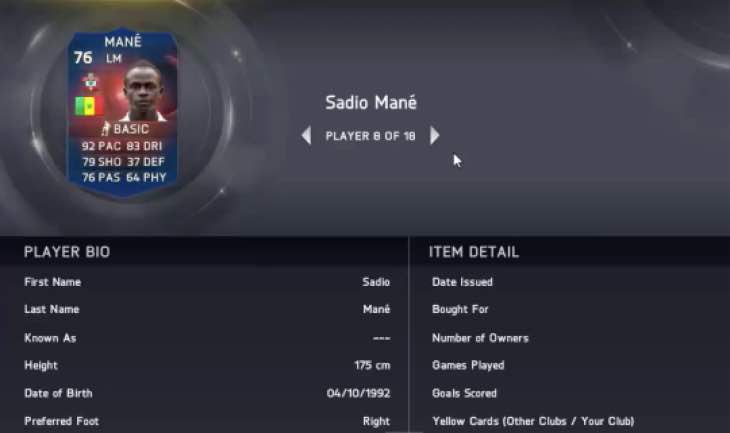 Another player that many be chosen is Yaya Toure, who scored two goals in a big win over Swansea. He hasn’t had an IF card yet for FIFA 15, but he has had a MOTM card so we have a feeling EA will make it happen.

There’s also the small chance of Ronaldo getting another IF card after his three cards. However, he has so many cards already in FIFA 15 UT that EA may decide to save it until his inevitable Team of the Year card.

Take a look at the predictions below and let us know your own lineup. Remember, EA should be revealing the official lineup in the afternoon before it goes live in-game around 6PM UK time.