If you have been playing FIFA 15 Ultimate Team this week, no doubt you will all have been looking to get FIFA 15 TOTS Suarez in a pack – with EA giving him an amazing new 96 rated card.

As far as we’re aware though, nobody has managed to get the new card in a pack live and show evidence of it. As a result, some of you have already taken the plunge to buy Suarez direct from the transfer market, paying millions of coins in the process.

It’s well worth it to those that have the coins though, as this card is now one of the best cards in the entire game and up there with the highest cards from Messi and Ronaldo – it’s that good. 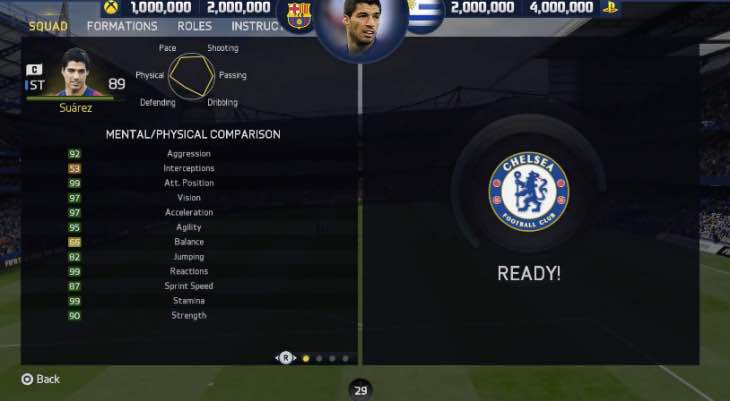 As a result of some buying the card outright, we can now bring you one of the first FIFA 15 TOTS Suarez reviews, courtesy of YouTuber Marshall 89HD.

You’ll be able to see some gameplay showing the new stats in action, which are pretty incredible with 99 for shooting, 99 for stamina, 99 for ball control, dribbling and pretty much most of the attacking attributes in the game.

Basically speaking, if you get one of these in a pack it’s going to upgrade your existing Ultimate Squad tenfold. Check out the clip below and let us know your thoughts on this monster card.

Could it be the new number one overall card in FIFA 15?