The most exciting moment of the FIFA 15 FUT calendar has arrived for players. The FIFA 15 TOTS packs on PS4, Xbox One, mobile and PC are now live, with EA deciding to mix up the format compared to last year.

Now, before the real TOTS packs go live in the game you can first pick up some FIFA 15 TOTS Community Packs. These are the players which have never been in-form during the season, but have still performed consistently. 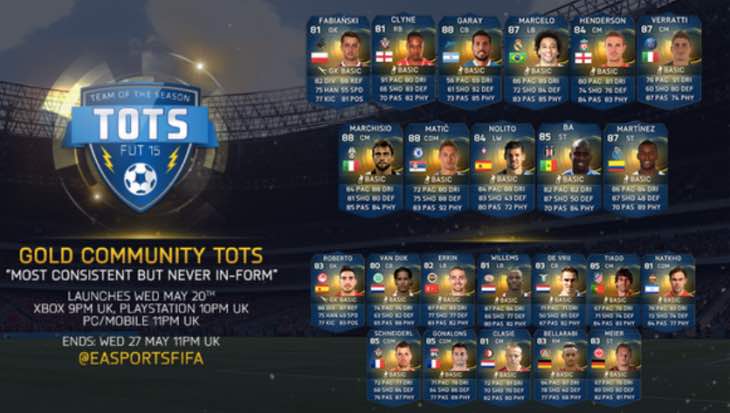 These players all have increased stats compared to their standard cards, as Henderson goes from a 79 to an 84, Marcelo from an 82 to an 87 and so on.

EA has said that those who have picked out a TOTS player without their TOTS stats between 9pm and 10pm UK time on Wednesday evening will be given their upgraded stats later this week – this applies to Xbox and PlayStation versions.

It’s a great idea to kick of TOTS with these Community picks. Henderson definitely deserves his card after a consistent season, so let us know how you get on with finding any of these players in packs.

We’ll let you know when the real TOTS kicks off.