Sunday has to be one of the most popular days for watching and playing football, so seeing FIFA 15 problems wouldn’t be welcomed on March 29 when servers are reported as down by players.

Reports appeared first on Twitter just after 6PM, UK time, and then on popular outage websites that offer status updates for games. You can clearly see a number of tweets within the screenshot below, as found moments after EA’s FIFA 15 servers went down. 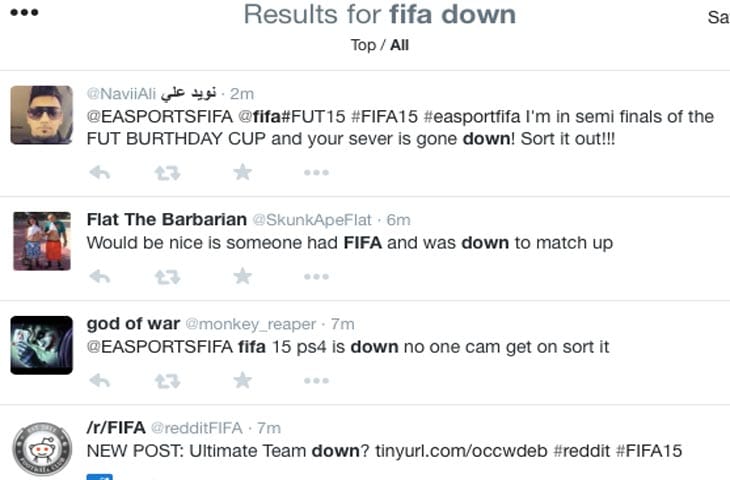 Status website Down Today also has thousands of reports in regard to EA servers going down throughout 2015. Today, we can see a number of reports already from gamers detailing what problems they have with FIFA 15 and FUT.

Are you having problems getting connected to the FIFA 15 web app and game on PC, or consoles today?