We have some good news for those of you who have FIFA 15 installed on iOS. If you have recently taken a break from the mobile version, now is the time to jump back in.

Apple and EA have teamed up in aid of Product (RED), a program that has been set up in order to donate money to charity in the fight against AIDS. As a result, FIFA 15 iOS players can now participate in a special tournament and open up a unique FIFA 15 Product (RED) points pack as well.

Even better, you can win an in-form version of defender Rafael Marquez. We have already obtained his stats for you, going from a 76 rated card all the way up to a limited edition 80 – including a defense stat of 81. 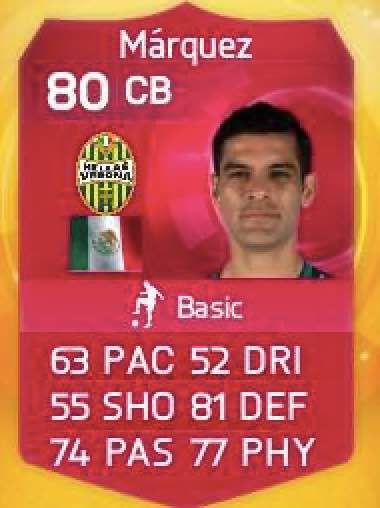 It’s a pretty nice card to give away for free, but of course you have to win the tournament first. One word of warning though, as we’ve heard some complaints from players who say that they are not receiving Marquez after winning the tournament. 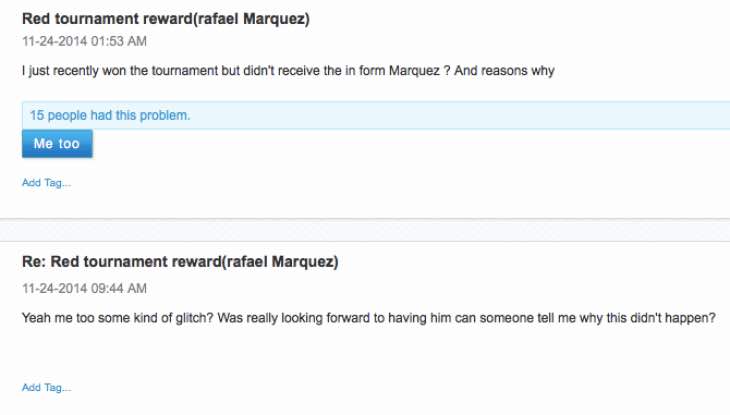 Let us know if you are playing this special FIFA 15 RED tournament and if you managed to receive Marquez after winning, or if you are having problems.

What do you think of his stats?