FIFA 15 players on PS4 will be pleased to hear that a new update has gone live just hours ago. FIFA 15 1.02 update on PS4 is now live and we have the full patch notes for you to read through, as many of you hope to see an end to niggling lag issues that are troubling some.

While the game is not perfect, it is still playing very well despite some minor problems that users have been complaining to EA about. This week, we’re pleased to see that EA has taken action by launching a new update on PS4 which should be available for you right now.

Changes in the FIFA 15 1.02 update notes include a fix to ‘search-by-name’ functionality in Career Mode and a much needed latency checker for FIFA 15 Ultimate Team – allowing players to view connection strength before playing online. 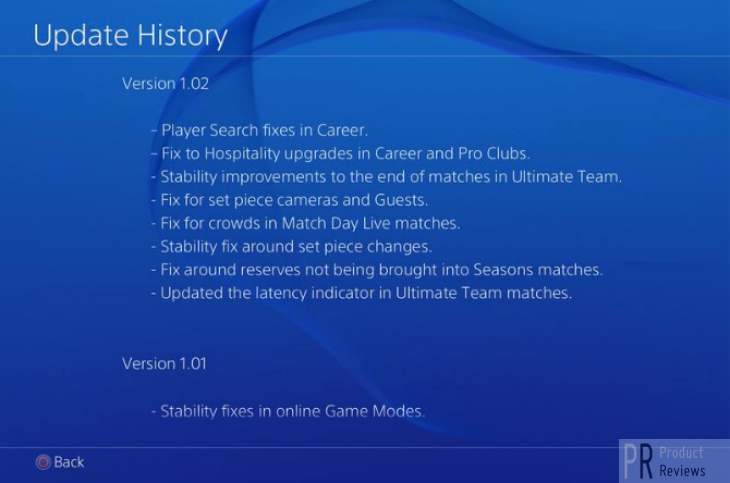 There’s also an exploit fix for switching-players during free-kicks which some were taken advantage of – more details can be seen in the full notes from EA here.

The big question though, has EA managed to fix the FIFA 15 PS4 lag that continues to be a big topic on social media? Let us know how your game experience is now after installing the latest patch – is everything ok for you not or not?