EA Sports has announced new FIFA 15 Heroes just after midnight UK time for their June 9 update. The tweet mentions six new Heroes being available for the next 24 hours in FUT, although the players listed and their prices didn’t please many gamers, as seen in the tweets replying to the news.

You can see the FIFA 15 new Heroes with the latest FUT update below, which also includes Real Betis striker and winger Ruben Castro. Other players include Ryan, Wilczek, Pusic, and Javi Flano. 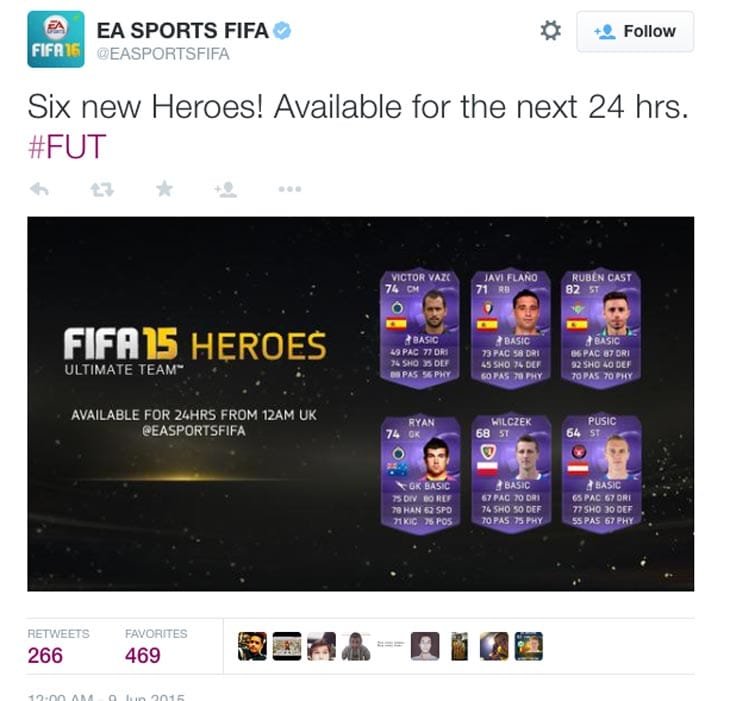 The tweet by EA Sports is seen above, or an interactive version below. You can click to see the replies from fans of FIFA 15 and FUT, although the majority are negative towards this lineup of Heroes and their prices.

Six new Heroes! Available for the next 24 hrs. #FUT pic.twitter.com/5pvwXkqZ3O

Are you happy with these six new FIFA 15 Heroes and if not, is it the prices or lineup? Personally, we feel Castro is pretty decent, but share your feelings about this limited lineup in the comments and remember to keep it clean.